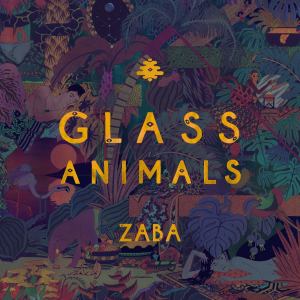 Psychedelic rock has got a new face, and it’s Glass Animals, with their debut album, Zaba, that sounds like honey and crushed velvet. Turn on your lava lamp and grab some headphones, because you are about to be introduced to your new musical addiction.

Dave Bayley, Glass Animals’ frontman, says he’s into cerebral music- and he is absolutely serious. An Oxford native, Bayley has a degree in neuroscience from London’s King’s College. Glass Animals, an English rock/indie/psychedelic band released their first full-length album, Zaba, on June 6, 2014- although the album has just started to gain popularity in the U.S. Glass Animals fuses psychedelic rock with jazz beats and a taste of R&B. The band has a unique quality that gives them as a wildcard advantage.

The album begins with the track “Flip”, a track that has an almost weightless feeling. The track is soulful with hard-to-identify noises. One of the following tracks “Gooey” flows like a dream. Gooey is the perfect description to the song, it melts into the air and completes the whimsical vibe with nonsense lyrics. The track “Walla Walla” begins with a drum section that sounds like it was borrowed from a Caribbean street band. The track “Toes” is a low and lyrical threat. A seductive track like the opener.

The entire album is a trip. The album melts seamlessly together, and gives the impression that it was crafted in one session. The album gets weird and is unapologetic and sexy, and it retains the same laid back groove throughout its entire duration. Zaba is the ideal psychedelic album: it gets better with every listen. Once the album has been listened to cover to cover, it can be deconstructed to appreciate the individual tracks. Zaba is dark and danceable, it captures the listener and transports them into a hazy daydream. (Konstantina Buhalis)

Author’s Note: The author is excited to announce that she will more than likely be seeing Glass Animals when they come to Detroit, and will be sure to write about the show.