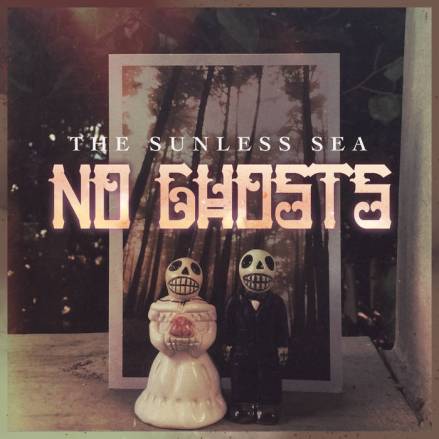 Remember those 2000s power-pop bands that people called “Pop-punk” that got their start on MySpace? I’m talking about acts like A Rocket To The Moon and Mayday Parade. Those bands, now the go-to acts to look to when remembering that era, began by posting songs on their online profiles that they recorded in their bedrooms before they signed to a label and recorded a professional album. The Sunless Sea echoes those MySpace bedroom demos in 2015. Whether it’s Crosby’s use of voice effects, his similar tone to Mayday Parade or even Never Shout Never at times, or using the instruments readily available on his computer, it’s like hearing your profile song from 2007 all over again.

While this would have been my jam a few years ago, I admit I have since moved on from this style of music. My one crippling gripe of this style, very evident on this project, is that it very much sounds like it was recorded at home. While the music is arranged and composed well, the sound quality can be rather two-dimensional. I can’t help but wish Crosby and co-producer Manny Sanchez could have taken the time to create a more full sound with more professional recording quality, because a lot of these songs have potential to sound great sonically. There are lots of big crescendo moments that could have amazing climaxes, but often fall flat due to the wooden sound quality alone.

However, if this kind of stuff is still your jam, like you still have A Rocket to the Moon’s Summer 07 EP still in your playlist or mixed CD, this will be right up your alley. No Ghosts definitely has its charming moments, and it has all the troupes of a project of this nature. The song “White Lines and Wastelines” has the electronic dance beats I remember loving so much on Cobra Starship’s older albums. The album closes “XO” the always-necessary ballad. I think I even heard some Fever/Pretty. Odd era Panic! At the Disco influence in there. It would also be criminal of me to deny the catchiness of some of the hooks here.

So, while I do not see myself returning to this EP anytime soon, I definitely see potential for The Sunless Sea to carry the torch for the MySpace bands of yesteryear, and go on to accomplish much of which those bands before him did if he is able to better produce his material. If you are looking for a return to that sound you remember loving while you tried to fit into those neon colored skinny jeans and shudder shades, look no further. (Johnny Athey)

For fans of: early A Rocket to the Moon, Mayday Parade, Cobra Starship