Famined Records’ newest signing, Canadian metalcore outfit Our Souls Evolve, is pleased to premiere the guitar playthrough for the lead single off their forthcoming label debut entitled Self:Consciousness. The single “Altruistic,” which the playthrough can be viewed below, is the seventh track off the forthcoming November 13th label debut. Along with the new album, the band will be working to finalize future plans with drummer Jorge Jimenez teasing, “We are embarking on a very exciting journey as a band now that we are part of Famined. We will do our best to provide a unique and creative collection of material on the upcoming future as well as more live presentations, hopefully some tours here and there. Please stay tuned and expect much from us! This is just the beginning and we hope you come along us since now.” The album may be preordered from iTunes, Google Play, and AmazonMP3. 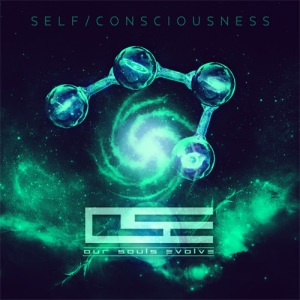 About Our Souls Evolve:

Our Souls Evolve is a metalcore/djent band from Montréal, Canada whose main purpose is to share their music to the world, music influenced by bands such as After the Burial, Veil of Maya and Monuments. The quintet has been active since the summer of 2012 with Sergio Schiappacassi and Ismael Mossadeq on guitar duties, Jose Raphael Osorio taking charge of vocals coming right out of a volcano, Hamza Benameur on the bass, providing the rumbles from down under, and Jorge Jiminez at the ever heavy hitting drums. Our Souls Evolve released their first EP in December 2013 calledOrigins. Hitting 7,247 plays on Bandcamp alone and 733 downloads, the band has made its self a good name in the underground scene of Montreal, but also opened the opportunity to play outside their home town. The band has finished recording their first full length which will be available through Famined Records November 13th, 2015.