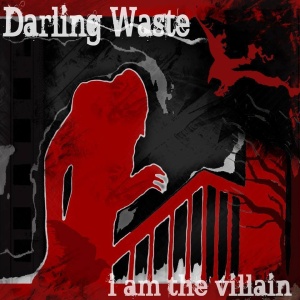 Emo quartet Darling Waste has released their first song in three years. The raucous track “I Am The Villain” can be heard via Under The Gun Review and will be on the band’s upcoming album (release date still TBA). The group went on a short hiatus in 2013 after the release of their last EP Say the Words, an offering that vocalist Lance Waste calls “the biggest commercial and critical failure of my life.”

Stream “I Am The Villain” Below!

“I wrote ‘I Am The Villain’ about two years ago,” says Waste. “It’s one of the songs I always knew would make the album. I wrote it about a girl who I was kind of sort of dating. We told everyone we weren’t dating, but it sure felt like a break up when it ended. Anyway, the song is pretty mean. I played it for her and she thinks I’m a dick and I probably am. But she’s happy now, I’m happy now and we are still good friends. So it’s all good.”

Darling Waste began in Cleveland, Ohio. Chasing the dream to New York City, Darling Waste evolved into a 4-piece “mobile rock unit” and hit the road. After seven years, 500 DIY shows in 11 countries, & an incomprehensible number of miles & hours spent wearing out 10 vans, the band has built a fiercely loyal army of devoted fans. After selling close to 11,000 records without a record label or distribution, the industry has also taken note. The band’s music has been featured on MTV, VH1, Showtime and Miramax distributed films, and has been played in rotation on over 100 radio stations internationally. These accomplishments are a direct result of Darling Waste spending years paying their dues: battling the elements, stints of homelessness, instrument thefts and broken hands, feet and jaws while playing self-booked tours of basements, VFW halls, and dimly lit clubs.