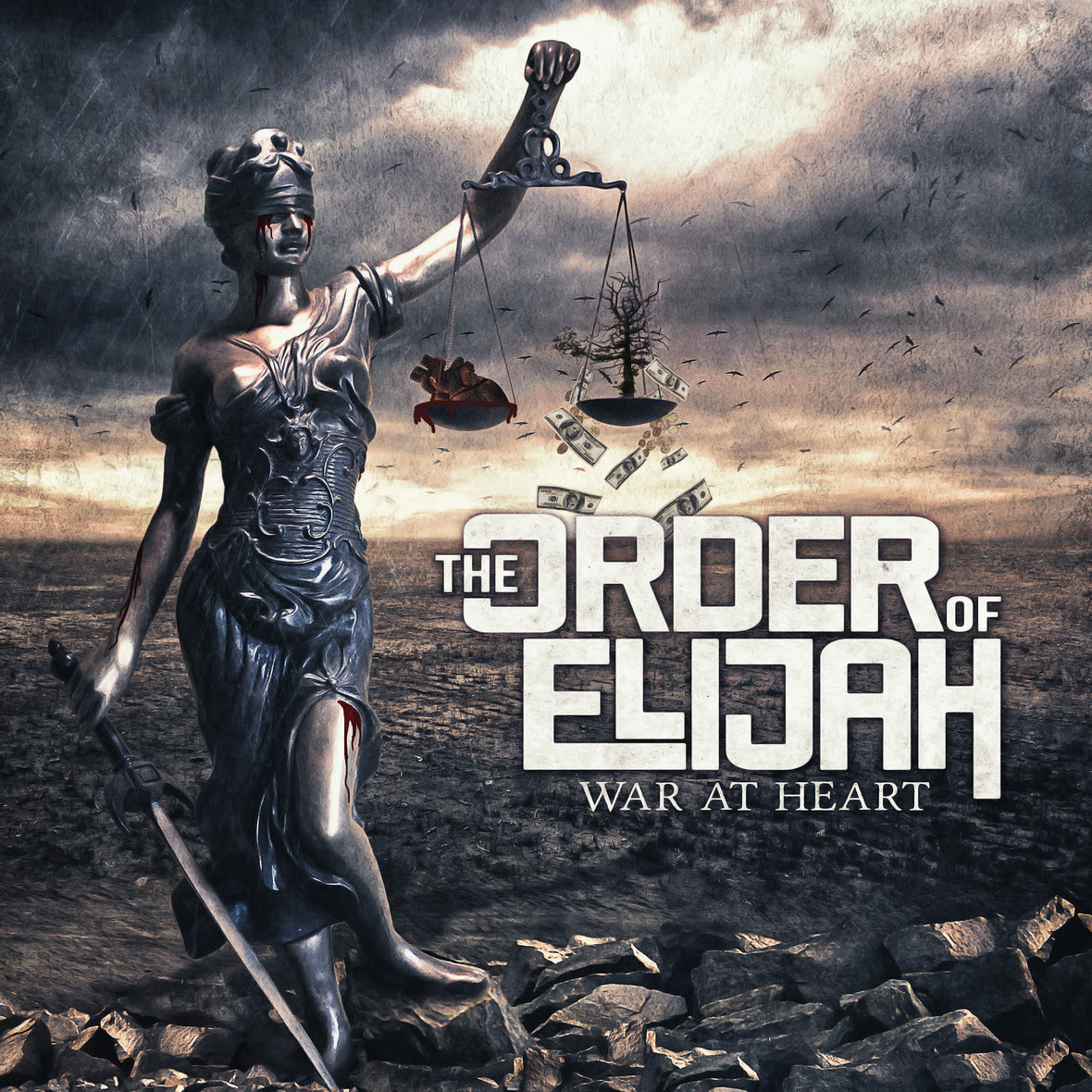 Luxor Records’ Joplin, MO metalcore outfit The Order Of Elijah is pleased to announce that their album, entitled War At Heart, will be released January 8th. The Jerrod Naff recorded and Nick Morris produced album, which can be preordered HERE, features eleven slabs of Christian metal and a guest vocal appearance by Zachary Scott from It Lies Within. The band will hit the road with labelmates Forsake The Fallen around the release date in promotion of the album.

“We’ve poured quite a bit into this album over the past year. The title, War at Heart, seems to perfectly describe that season of life when reflecting upon the lyrics. After treading through a battlefield of life tragedies, divorce, and overcoming all obstacles before us, The Order of Elijah is taking 2016 with us into the relentless storm.” – Shannon Low (Vocalist)

Check out the Album Cover, Tracklisting, and Tour Dates below!

1. Heresy
2. War at Heart
3. Tyler Durden
4. God’s Unwanted Children
5. From the Dusk
6. From the Dawn
7. All American Plague
8. Jennifer Mckenzie vs The Vampire Slayer (Featuring Zachary Scott)
9. Haunted
10. The Art of Forgiveness
11. Beautiful

Elijah the prophet challenged the religious leaders of his time. He brought the all up to the top of of Mt Carmel. Elijah patiently waited while they made fools of themselves. Later Elijah brought fire from the sky, killed a poor bull for whatever reason, and showed the culture that these people were delusional….. Then he brought them down the mountain and chopped each of their heads off with a sword. Lovely story for the kids.

“The ‘turn-or-burn’ message is garbage. It infects the mind in such an ugly and forceful way. The age has come for humanity to shed all religion, learn to be tolerant of all fellow humans, and somehow learn to take the filters from our eyes that blind so many from true corruption.” -Shannon Low

The Order of Elijah is a 5 piece band based out of SW Missouri. After releasing their 2013 debut album, Dethrone, The Order Of Elijah began touring the midwest and west coast gaining a devoted fanbase hungry for new music. The Order’s newest album, War at Heart, releases January 8th, 2016. It features bold new music consisting of massive guitar assaults & quick bursts screams of power entwined with tenacious rhythms, dynamically placed between soul pounding breakdowns.