After finding the hidden gem of Embracer, Imminence Records has once again found a promising up-and-comer from West Virginia in the form of Christian melodic hardcore outfit The Danger Of Falling. The band is currently in the studio at Slick Sound Recording finishing up their label debut EP entitled Hope / Well. The band has released an update vlog on the signing and forthcoming plans.

“We are really excited to announce our signing with Imminence Records! For the past six years we have been hard at work progressing this band as much as possible. We believe Imminence to be a great fit for us and the direction we want to go towards. Everyone at the label has been so welcoming and we honestly couldn’t thank them enough for this opportunity.” – Lucas Smith (Vocals) 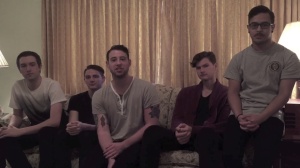