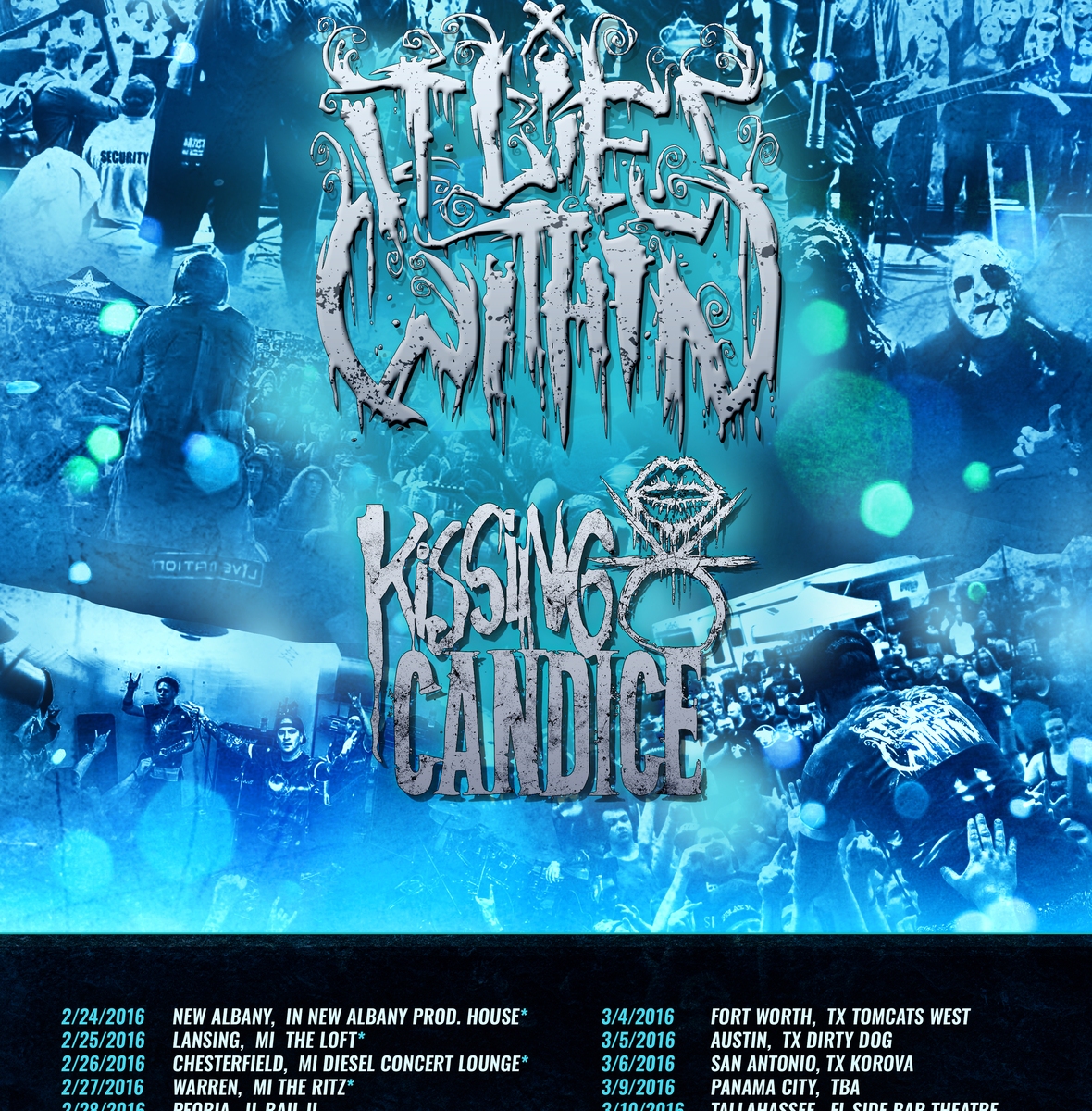 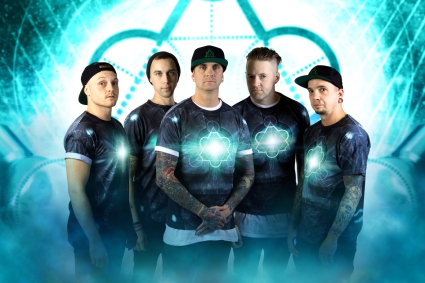 (January 25, 2016 – Flint, MI) – The metalcore quintet It Lies Within has announced they will be hitting the road next month with Victory Records band Kissing Candice. The “Chillin’ and Killin’ Tour” presented by I Need Merch, is the band’s first tour announcement since the release of their sophomore album Paramount on January 8th. The record marks the band’s first appearance on the Billboard charts debuting at number 7 on the Heatseeker’s chart.

“ We have worked so hard to spread our message to the masses,” says vocalist Zachary Scott. “To think we would have this much support to hit the Billboard Charts blows my mind. This is only the beginning for It Lies Within. There is a sense of new life in this group and it’s exciting to see what the future holds. The Chillin’ and Killin’ tour will showcase most of our new album PARAMOUNT and we are more than stoked to share the road with Kissing Candice. It’s really cool to see the Victory and Luxor Records bands collaborating since the distro merger.“

Tickets for the “Chillin’ and Killin’ Tour” are available via the venues and Paramount is available on iTunes. 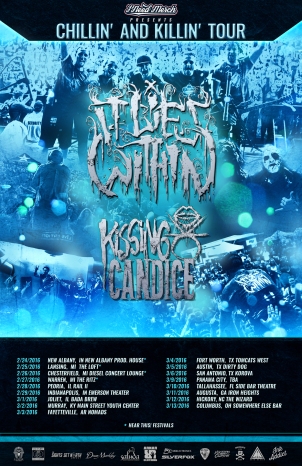 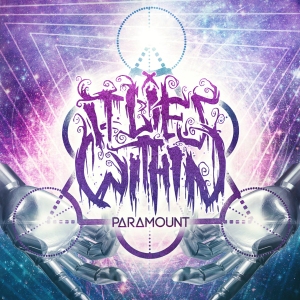 About It Lies Within 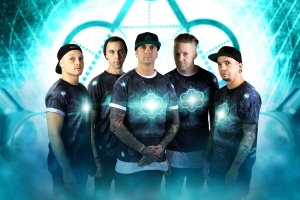 Prevailing from one of the highest murder city rates per capita in America; Flint, MI based Metalcore act It Lies Within exploded on the scene with their highly energetic live performance and positive based message.

After having quick success with their debut album “Chrysalis” produced by Josh Wickman (Within the Ruins, Oceans Ate Alaska), it was obvious to take this show to the road. Touring non-stop since 2011, ILW has built a diehard and loyal fan base. Currently finishing up their 2015 release with producers Jonny Mcbee of The Browning and Nick Morris of As They Sleep, the group will have some big announcements to follow.

This highly motivated five piece is on a non-stop path to shed a different light on the metal scene with their creative music writing, positive message and insane live show. Because of this diversity they are one of the most entertaining groups to watch!