Milan, Italy based Rock / Metal band Mellowtoy has released the music video for their track “Dead Colours” (originally premiering with Metal Underground) from their album “Lies” which is available on iTunes now. The animated video was written and directed by The Jack Stupid and features a silent creature attempting to bend the laws of nature to feel less lonely.

“Dead Colours” starts from Alan Moore’s world and, in particular, from theWatchmen character Dr. Manhattan, an immortal creature that lives in a world that’s still subordinated to cruel natural laws.

The protagonist knows that sooner or later, everyone and everything he loves will fade away just in front of his eyes. His fear of lonliness and all his pain for abandon make him interact with world’s natural cycle. He slows down the time flowing to have more time to share with his beloved.

At the beginning this could seem a good solution but the plan reveals a huge fail and forces the creature to restore the natural cycle without a possibility to escape from his pain.

While considerations aboout pain, fear and loneliness seem to be the first and more expected reading of this video, there is also a biographical reference to Mellowtoy’s story and the latest leaving of Matt Massa, the historic singer of the band.

This video represents a deep reflection on changes and the future. It talks about the difficulty and the responsibility to make choices on which depend other people’s life. It’s not a coincidence the fact that the two main character of Dead Colours has a father/son reletionship where father’s behaviour reflects on son’s way. Furthermore this video talks about the fear to compromise humans reletionship with wrong behaviour. The video itself stops on a non-concluded attempt to repair all these mistake, keeping an open final view and giving the audience the possibility to choose its own end to this story. – Mellowtoy 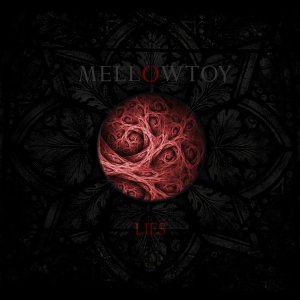 For their 4th full-length album, MELLOWTOY are set to break the doors down by dropping their incredible new album entitled ”Lies”. Produced by Marco Coti Zelati (Lacuna Coil), Mixed by Kyle Hoffman (P.O.D, Lacuna Coil, Bush, Zebrahead) and Mastered by the legendary Howie Weinberg (Nirvana, Metallica, Pantera, Deftones, Limp Bizkit) the band has worked with some of the industry’s leading names to ensure that ‘Lies’ creates a powerful statement of musical intent that is set to shake up the current rock/metalscene.

Special guests appearing on the album include both Cristian Machado of Ill Nino (providing guest vocals on “Chain Reaction”) and Paolo Colavolpe from the band Destrage (guest vocals on “Bright New World”). Having toured several times within their native Italy and throughout Europe with renowned international acts like Papa Roach, Disturbed, Stone Sour, Ill Nino, Alter Bridge, HIM & Fear Factory, this 6-piece Metal/Rock band looks set to hit everyone with their unique wave of sound