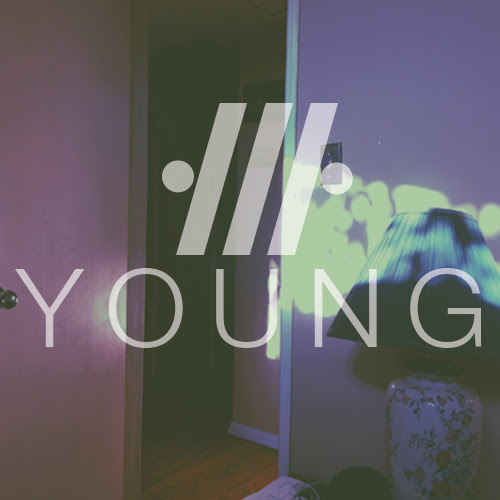 Space rock quintet Sleeptalk (featuring ex-members of Like Giants) has released a new music video for the single “Young”. The song is the title track from the band’s sophomore EP which came out last December and features a collection of dreamy, atmospheric rock songs.

“This song is based off the type of nights when worries are left behind and the only thing to look forward too is the rest of the night,” says vocalist Anthony Fitzpatrick. “The kind of night when laughing, drinking, and doing drugs seems as if this is nothing else in the world.The type of night when congenial is not only a word, but a lifestyle. Stumbling around, lighting continuous cigarettes and enjoying a group of friends where nothing can go wrong, except the end of the night.“

The video premiered with Alternative Press Magazine and Fitzpatrick notes “Youthful rebellion plays a huge part in this video and Alternative Press Magazine can be a bible for some young rebels, so it’s a great feeling to be releasing this video with them. Being ‘Young and in love,’ helps remind us of the lust and addiction and how much it can do for us, but also destroy us.“

Young is available now via iTunes.

Hailing from Southern California, Sleeptalk formed from the ashes of the now defunct pop-punk band Like Giants. After the disbandment in 2013, vocalist Anthony Patrick and bassist Paul McGill found themselves pining for a new sound that stretched beyond the confines of their previous group. Joined by Jason Fitzpatrick (guitar), Justin Melchor (guitar) and Jacques Harmandjian (drums), the quintet make use of strong, haunting hooks that weave into atmospheric melodies. The self-described “space rock” sound creates the framework for Fitzpatrick’s alluring lyrics of sex and youthful love which can be heard all throughout the debut EP Pure. The record is the first of a planned trilogy with the second installment Young, being released on December 4th.