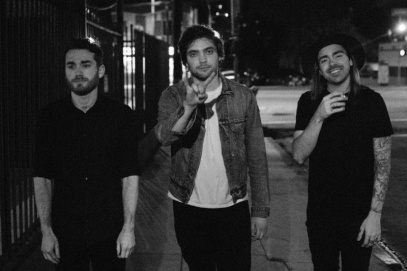 Los Angeles, CA| February 25, 2016 – With the release of their sophomore album Understand [out 2/26/16] on the way, Alternative-Folk/Americana outfit Anton Kellner & The Lone Stars partnered with Exclaim! to give fans an exclusive first-listen at the album in full. Understand was produced by Anton Kellner and Nolan Perry, mixed and mastered by Nolan Perry. Here is what Anton Kellner had to say about the release:
“Understand is a dark journey into the unknown. A diary of sorts, tying together strands of daily struggles and emotions but from the outside-in…For once, nothing that I have written on this album is personal. They are all separate stories about real people and their drastic situations that I have witnessed over the years. This album was written entirely by me. No collaborations, no special guests. We took a lot of risks with it, and dared to step into stories that were outside our comfort level. We are very proud of the end result, and truly believe that this is simply “our album.” – Anton Kellner
Coastal California is the home of singer/songwriter Anton Kellner, who performs with his band under the moniker “Anton Kellner & The Lone Stars”. After touring the circuit for quite some time in his prior band Holding Onto Hope (Come&Live Records), Kellner released his successful debut album entitled You Were The Fire. The album was released on July 29th, 2014 and had much critical acclaim among the press & his fans. You Were The Fire was produced by Nolan Perry (The Mighty Fine), with additional mastering handled by Eric Boulanger (OneRepublic, Plain White T’s). Kellner has landed 3 successful PR campaigns, extensive shows up & down the coast, two music videos, and numerous musical collaborations, such as with Louis Diller (HolyChild/Glassnote Records), Elle Puckett (Poema), Tim Brennan (June/Victory Records), Fred Mascherino (Taking Back Sunday/The Color Fred). Anton Kellner & The Lone Stars’ sophomore album, Understand, features Anton Kellner (vocals, acoustic/electric guitar, piano, organ), Nolan Perry (bass), Josh Lucas (drums, percussion), and Scott Poley (pedal steel, additional electric guitar), with additional vocals by Sierra English.

Until Anton Kellner & The Lone Star’s sophomore album Understand becomes available on 2/26/16, head to Exclaim! to stream the tracks in full. Follow the band for updates, new music, and more. 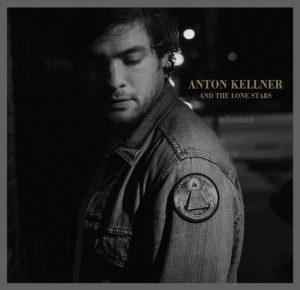 Connect with Anton Kellner and the Lone Stars