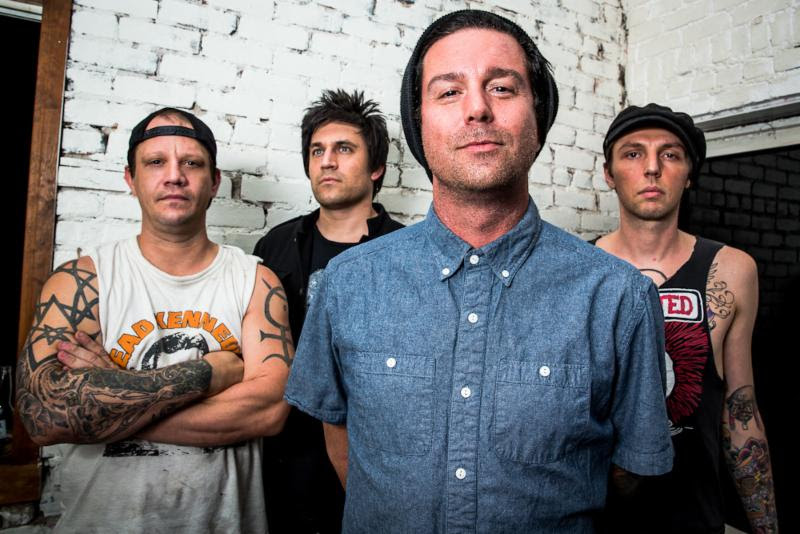 LOS ANGELES || February 29, 2016 – It is never an easy feat to lead a Multi-Platinum based band, tour the world, and successfully build a career in music. Scott Russo, the band’s frontman and founder of the San Diego based, early 90’s Rock/Alternative band, Unwritten Law has done just that. As Scott and Unwritten Law enter this exciting new phase in their career with a new album and tour on the horizon, the band’s label, Cyber Tracks, has a unique request for fans all over the world. Today, Scott is undergoing surgery in California. The band’s label, owned and operated by El Hefe (guitarist of NOFX) and wife Jen Abeyta have released the following statement:
“Today our Cyber Tracks family is asking for your prayers, love, and support as Scott Russo (Unwritten Law) is undergoing surgery this afternoon. While we are not authorized to go into detail at this time, we are asking the Unwritten Law community to band together in support of Scott. We will keep you updated as the day goes on. Scott and the band thank you in advance for the well wishes, and send their love in return.” – El Hefe & Jen Abeyta
We at Ouch That Hertz! wish Scott the best of health and a speedy recovery. We request that you also send them your love, prayers, and support to Scott, the rest of Unwritten Law, and the Cyber Tracks family during this time.