March 9, 2016 – New York City band, Awaken The Shadow, are gearing up for the March 11th release of their debut album, Life Beyond The Curse, with the lyric video for the single “The Hunter” (originally premiering with REVOLVER Magazine).” “The Hunter” is also available for instant download during the current pre-sale via iTunes.

Life Beyond The Curse was produced/mixed by bass player Ali Hassan with the help from the rest of the band (Taylor Paul – vocals, Aaron Joos – guitar,Sean Salant – guitar) and mastered by UE Nastasi (New Years Day, Lamb of God, Panic! At The Disco) at Sterling Sound.

Check out www.awakentheshadow.com for new merch store items and U.S. tour date announcements, and be sure to call into/email your local rock radio stations and SiriusXM Octane to request “The Hunter“.

“We are so excited and proud to finally release the first single,” says singer Taylor Paul of the song. “The Hunter is from the point of view of someone who may or may not realize they are in an abusive relationship, be it mentally or physically. The idea that you’re so in love with this person that you can’t see yourself ever leaving, but at the same time knowing this person could be poison. All the while your significant other is always on the hunt looking for their own self-gratification, and doing whatever is necessary to keep their partner mentally caged.

Taylor says, “The lyric video was put together by the super talented Shan Dan Horan (President of Artery Recordings) and his company Shadow Born Group.” 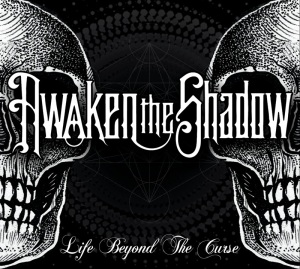 About Awaken The Shadow

Awaken The Shadow is the brainchild of Ali Hassan and Aaron Joos. After playing with Wildstreet and relentlessly touring all over the U.S., playing festivals (Rocklahoma, Rockstar Energy Uproar Tour), and opening for some of the biggest rock bands, the Wildstreet train slowed down. Ali and Aaron began exploring more of their musical interests and writing as often as they could.

The focus then shifted into finding the right voice and character to represent the essence of ATS. Taylor, a new transplant to NYC from Australia, was the life-injection and voice the band needed to put the pedal to the metal. With the addition of Sean Salant on lead guitar, the band was able to see their vision fully blossom.

Together they set out to do a record on their own terms. Self recorded, self produced, mixed by Ali, and mastered by UE Nastasi (Sterling Sound), the band couldn’t be any prouder of the work they created together.