(Leeds, England | April 1st, 2016) – The energetic four-piece Cold Summer from Leeds are back with their striking post-hardcore sound. The band have had a strong DIY work ethic since their formation in 2011, having self-produced/released two EP’s (Transitions and Wake) in 2012 and a self-titled album in 2013. Cold Summer has also been responsible for self-booking an album release tour and UK tour with US band He Is Legend in 2014.

When talking about the writing and recording process for their new EP Fight To Survive the band went on to say: “Compared to previous releases we certainly spent a lot more time on writing these songs, revisiting but refining ideas as we went along and certainly exploring new ground.  We’ve always really been in our eyes a fairly well-prepared band for recording sessions but, we took that experience a lot further this time around, to really get to know each others parts as well as our own.

“We finished writing it after we finished the He Is Legend tour back at the end of 2014 and we recorded the EP with Mike Bennett (Empires Fade) at his studio in Cheshire, over two sessions.”

The band went on to talk about the EP in further detail: “We’ve certainly set out with Fight To Survive to step up and show how we’ve progressed over the years. There was a feeling mutually between us and that includes fans that the last recordings we’d released hadn’t really captured how we wanted to sound on record and hadn’t carried over the characteristics we liked from playing live, collectively this is the first recording we’ve put out that we’re happy with especially in this department for sure!”

Stream it now on Spotify and/or Soundcloud!

While you’re at it…

Check out their music video for “Bear Eats Wolf” 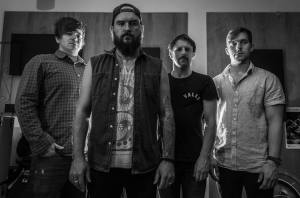 Collectively, Cold Summer are an energetic post-hardcore 4-piece from Wakefield / Leeds, writing experimental melodic rock with a twist that is developed through a wide range of influences between them

The end result being music which portrays a bitter sweet ambiance with angst and raw passion from their punk and hardcore roots.

Formed in late 2011 the band have seen their releases (despite being ‘under the radar’) meet critical acclaim, following the self release of two EP’s, Transitions and Wake during 2012 and their self-titled album in July 2013.

In addition to this, the band self booked a tour back in January 2014 to promote the album release as well as heading out in support of He Is Legend on their UK tour in October 2014.

The bands strong DIY ethic has been reflected in their relentless show & recording output. These contributing factors has resulted in a large and growing fan base across the North Of England,as a result of playing shows alongside well respected yet diverse bands such as: Funeral For A Friend, Polar, He Is Legend, Self Defense Family, Lemuria, Milk Teeth, Brawlers, Grieved & Employed To Serve