Old Bridge, NJ | April 7, 2016 – The New Jersey based pop-rockers THE STOLEN are thrilled to partner with  TWIST Magazine for the exclusive first listen of I’m So Dead, the band’s brand new EP due out tomorrow, April 8th! The 5 track EP is laced with 90’s rock with modern pop and R&B sensibilities reminiscent of The 1975, The Summer Set, and The Maine. Last week the band premiered their brand new music video for lead single “Can’t Get Enough” with Buzznet who coined the band as bringing “a unique, fresh, and fun sound to the table that is undeniably worthy of serious replay. “Can’t Get Enough,” with the kind of ease and personality that taps into the melancholy of relationship nostalgia everyone can relate to. It also doesn’t hurt that the guys are basically babetown USA.”
I’m So Dead was produced and engineered by Rob Chiarappa and Mike Oettinger at Retromedia Studios in Red Bank, NJ and Cannon Found Soundation in Union City, NJ. The tracks were mixed by Rob Chiarappa and mastered by Robin Schmidt at 24-96 Mastering in Karlsruhe, Germany. The band had this to add:
“We wanted to write a record that told a story of personal/drastic change that happened this year. We wanted to write a record that grooves. We took influence from 90’s rock to modern pop to R&B. With a year of hardship and a larger musical palette, it gave us more to color with for this record.”
STREAM I’M SO DEAD EXCLUSIVELY ON TWIST MAGAZINE HERE

I’m So Dead Tracklisting
1: Narrow Lense
2: I’m So Dead
3: Can’t Get Enough
4: Skeleton
5: White Dress
Album Artwork by Kevin Smart
The band will tour the country this spring with support act Hiding Out. The spring EP tour kicked off late last month in Freehold, NJ at Gamechanger and made its way through the northeast hitting major stops like Hamden, Rochester and Buffalo before hitting the midwest this month. The tour will make wind its way through the midwest before hitting major markets like Atlanta, Nashville, and Virginia Beach before the final stop on April 18th in New York City where the band will be playing the Studio at Webster Hall. For more information on The Stolen and to purchase tickets to a forthcoming show please visit: http://www.thestolenmusic.com/tour now! 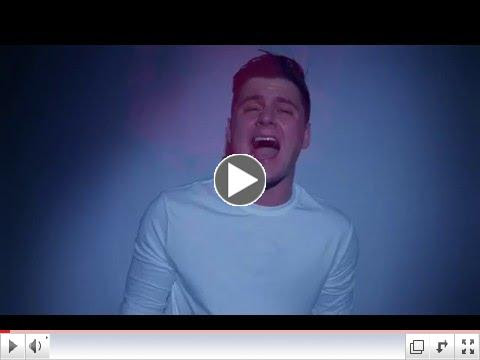 About The Stolen:
The Stolen is a Pop Rock band from Old Bridge, NJ, consisting of Dom Cuce (Vocals), Rob Chiarappa (Guitar/Vocals), Kevin Smart (Bass), and Mike Chiarappa (Drums). The quartet formed in 2005 as neighborhood friends who began performing their favorite covers at shows and built quite a following from taking top hits and adding their own melodic twist. Fast forward a few years, in 2009, The Stolen first began writing their own music and developed a devout following by touring the U.S. and Canada opening for    heavy-hitters Neon Trees and All American Rejects.
The band released their debut EP, Adults, produced by Jesse Cannon and Mike Oettinger, which combined the band’s undeniable catchy hooks with sincere lyrics, unforgettable choruses, and singing guitar solos to define their unique sound. While the EP tells a heartfelt story of growing up, the music varies from lighthearted tracks like “Motion Sickness” to darker emo jams like “Getting New at Growing Old” finding that perfect blend that Alternative music has been waiting for.
Following Adults, the band released “Chardonnay” an emotionally right tune released in 2015, produced by Paul Leavitt (All Time Low, The Dangerous Summer) premiered through idobi radio’s “The Gunz Show” and has been the band’s most representative piece to date. Following the extraordinary release, The Stolen have announced a follow up release, I’m So Dead, due out Spring 2016 co-produced by guitarist Rob Chiarappa and Mike Oettinger (Man Overboard, Transit) and mastered by Grammy-nominated German Mastering engineer Robin Schmidt (The 1975, The Black Keys, Mumford and Sons). Fans can be on the lookout for the release of the EP and a U.S./Canada tour this March and April.