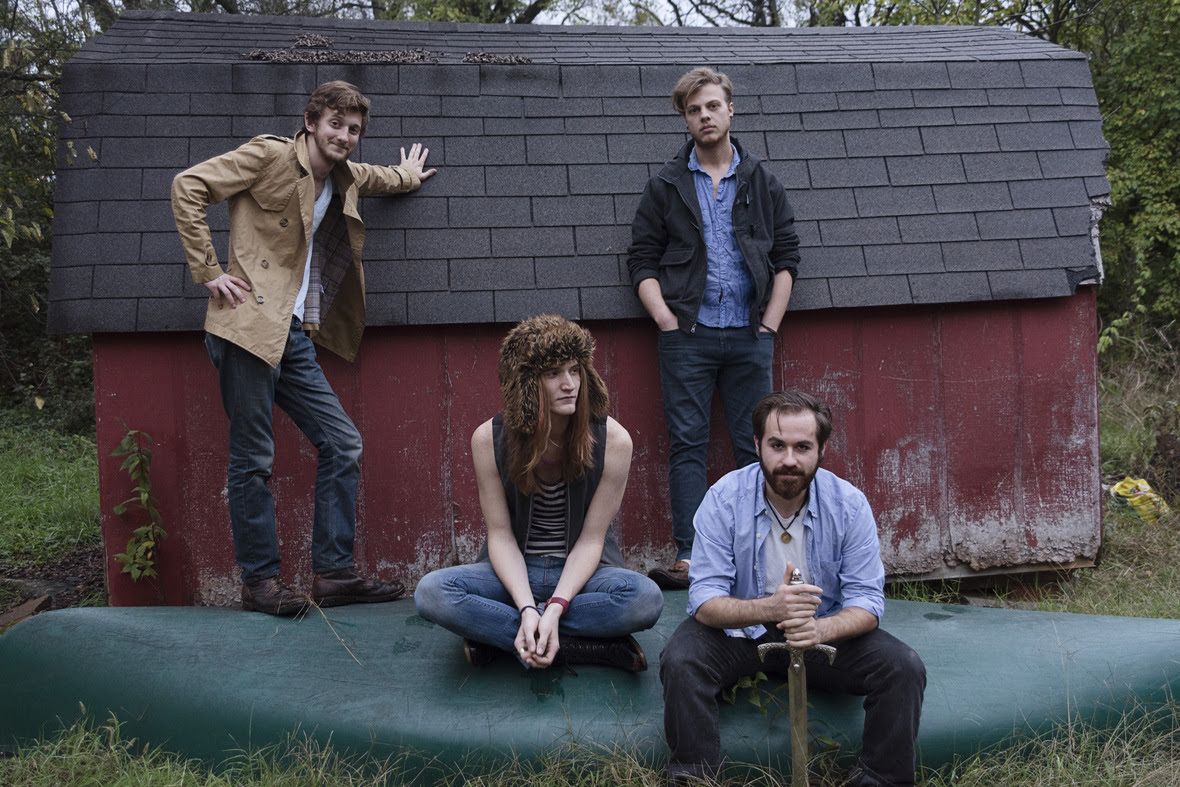 “A coinciding of The Shins and Fleet Foxes flavoured happiness and sonic warmth – Echoes & Relics offer an eclectically diverse yet well sewed together collection of tracks.” -Independent Music News

Front man Jessey Dee Clark had this to say on making the EP:
“Recording these songs was pretty different fro the first record. Each of us
definitely had a fair share of input on the songwriting and the recording process. Nick and I spent a lot of time together mixing and figuring out when and what goodies should be added. I felt much more a part of this production.” The Creature Comfort boys have been mighty busy as of late. Local favorites in Nashville, they have consistently been traveling the road to success for over 4 years now. That road has been punctuated with several rehearsals, concerts, recording sessions, tours, and hardships. It ain’t been easy, but who ever said that it would be?

After forming in 2011, the CC crew—Jessey, Taylor, Nick, and Cole—have played all across the city of Nashville and its surrounding areas. Their debut LP, Fox Tales, was self-released in 2012 and gave them a platform upon which to continue performing live. With two tours under their belt post-Tales, the band gained plenty of experience on the road and became very familiar with the struggles that it can bring.

After the steam from Fox Tales began to fizzle, the decision to continue working together was easily reached, and thus, the process of creating the next collection of songs began. That effort would eventually come to be known as Echoes & Relics: a five-song EP recorded over the course of 2015 by the band’s very own in-house engineer, Nick Rose, at his home studio in Nashville. Echoes is undoubtedly the band’s most cohesive assembly of songs to date, as well as the most mature and self- reflective statement they’ve made so far.

In 2014, the band signed a deal with local publishing house Washington Street Publishing and continues to enjoy a successful relationship with them to this day. 2016 brought yet another partnership to the forefront in the form of a deal with international distribution company OneRPM. The guys are thrilled to have such a helpful, friendly, and professional network of support to aid them on their journey. In short, the future of Creature Comfort looks bright.

2016 is sure to be an exciting year, with the release of Echoes & Relics in April, and a subsequent tour being planned for the fall. Hard working, dedicated, and undoubtedly talented, the guys continue to pour their souls into their music—and it shows.