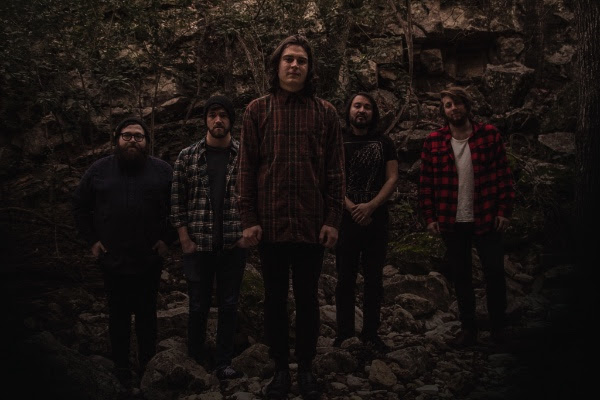 (April 13th, 2016 – Austin, TX) – Alternative/post-hardcore quintet Locket have teamed up with Under The Gun Review to bring you the exclusive stream of “Stairdweller”, a brand new song from Locket’s upcoming EP Never There, Never Was. Locket’s brand of post-punk/hardcore/rock brings to mind to the lyrical feel and approach of La Dispute while simultaneously channeling their inner Thursday with their concise song structure and rhythm section. Never There, Never Was will be released May 13th on 12″/CD/Digital via Take This To Heart Records.

Listen To “Stairdweller” Via Under The Gun Review:

Pre-Order Never There, Never Was:
http://bit.ly/1RwzBkR

Check out our review of Locket’s Never There, Never Was:

Austin, Texas based rock/post-punk band Locket take influences from an extensive amount of bands. Ranging from the harder side of La Dispute and Mewithoutyou but not limiting themselves to more melodic driven bands such as Glassjaw and Brand New. Locket’s all out vocal assault and driving guitars blend eloquently with their pulsing drums as they seamlessly switch from loud to quiet and then back again.

These longtime friends intend to capture the raw emotion of the music that helped shape who they are today. Formed in 2014, and with only word of mouth, DIY booking, and no actual release of music, the band quickly filled local and regional lineups and built relationships and networks with bands and fans. An honest excitement was being built that was reminiscent of bands that helped build our youth.

With the release of their new EP Never There, Never Was, Locket build on a multitude of sounds that ring throughout their 2015 self-titled debut. Expanding and maturing, Locket take what worked so well for them and mold it into their own unique take on the post-punk/post-hardcore genre.