Kurt Travis recently explained his departure from A Lot Like Birds in a statement to AltPress, citing their new musical direction. This will be his first tour since leaving the band and will be performing songs from his new split EP with singer/songwriter Paul Travis, out now on Kurt’s label Esque Records. 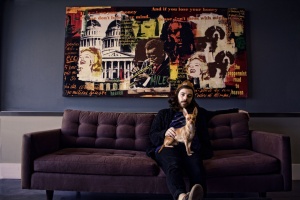 With former Dance Gavin Dance guitarist and current member of Strawberry Girls, Zachary Garren, he recorded a full-length studio album, “Everything Is Beautiful”, which was released on May 14, 2014