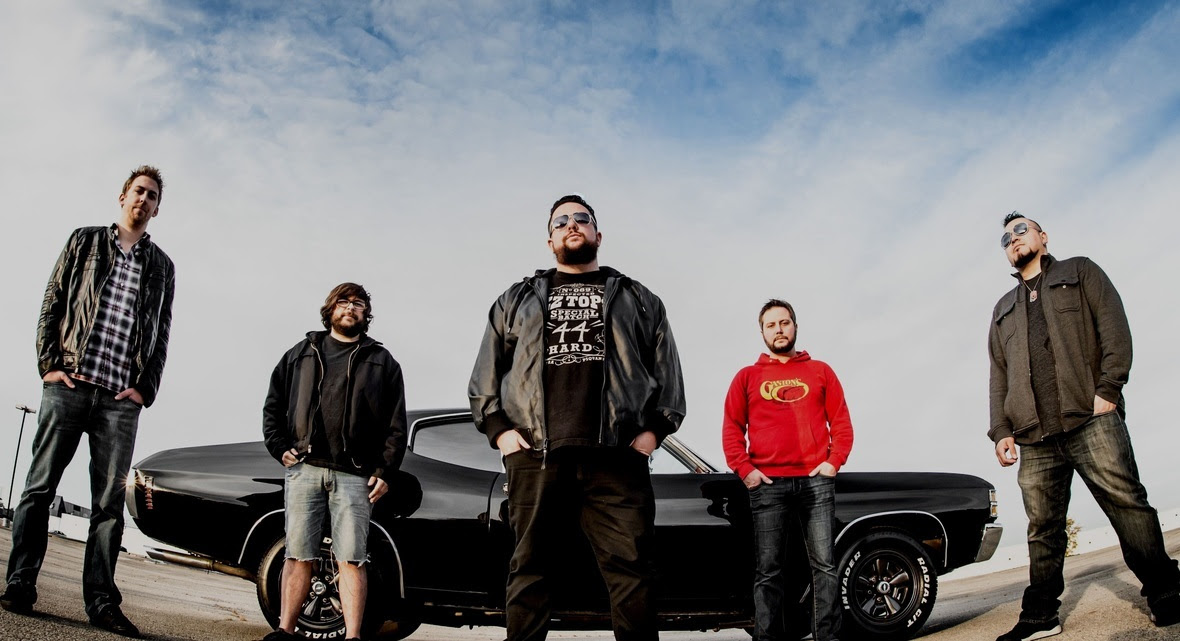 Chicago, IL punks The Run Around are premiering their new video “A Voice” on DyingScene. The site calls the track, “a fantastic working man’s punk rock anthem falling somewhere between Dave Hause and Bouncing Souls.”

Front man Jason Fein tells Dyingscene, “Our Guitarist/Brother, Jeremy Kitt, passed away suddenly almost 2 years ago. The song and video is in tribute to him and his life.”

“A Voice” appears on The Run Around’s debut full-length Reckless Ones, released in January.

The band’s spring tour kicked off last night in Chicago and runs through May 7.

Reckless Ones is now available on iTunes.

About The Run Around

The year was 2006. The day was no different than any other Fall Day in Normal, IL. Five guys got together for the first time in a cramped basement to start what can be described as a true underdog story that they only slightly remember. Fueled by Admiral Nelson and a desire to write uninhibited Party Punk The band started playing house parties, winning numerous local battle of the bands and the hearts of every college kid they played in front of. To them this was success, they wanted to drink for free, and play one hell of a party every night. However, in the back of their minds they knew there was a great big world out there and if they ever wanted their brand of debauchery to reach the masses they’d have to expand on their college circuit.

In the Spring of 2009 frontman Jason Fein was surfing the world wide web, for what he still refuses to speak of, but in doing so he stumbled upon an International Battle of the Bands. The winner of this contest got to play one of the main stages at SummerFest in Milwaukee, opening up for Blues Traveler and Tom Petty. Jason, not thinking much of it, decided for the hell of it he would enter their latest single “Runaway Mexico” into the contest. He didn’t even tell his band he did so for the first couple weeks. After all, there were 776 other bands across the world in this contest and they were just a small time College band. After the second week of being in the contest the band had climbed from the bottom to the 223rd spot. Thinking this was news worthy for his band mates he decided to mention it at that point. Within a month, the band had reached the top 50, two months, the top 10 and by the end of the first round the band had over 100,000 votes and was firmly locked in the number two spot. The top 4 bands went on to the final round which was three weeks of the world voting on their favorite band based on their entire catalog. Still, forever the underdogs the band knocked off three other more experienced bands to put them from a college basement band to playing the biggest Music Festival in the world.

Many bands would have peaked at this point. After all, how do you top that? Well, within a month of them playing the festival they had signed their first Management contract. This contract put them on stage at The famous Congress Theatre in Chicago. Shortly after that they signed their first record deal with the now defunct Window Licker Records but before that they released their most successful album up that point entitled Side Effects May Vary. The album’s biggest single “The DEA” got them nation radio play including Chicago’s late/great Q101. The band took this album and hit the road playing twenty different states across America and gaining hundreds of fans a night helping fund their completely DIY tour schedule. For This band, being independent and doing it themselves was never an issue. In fact, it’s what felt most natural. After all, in their heads they were still the band playing in that cramped basement in Normal, IL.

A year later and many management, artist development and record label conversations the band finally got tired of handling everything themselves. At this time they met Rafay Qamar, a young but driven band manager who immediately saw and fell in love with The Run Around brand. For the band, going to someone unknown but eager was exactly what they needed. Now, they could focus on writing the long awaited follow up album to Side Effects May Vary that their fans were growing more and more impatient for by the day.

In The Fall of 2012 The Run Around released what would easily be their most impressive and impactful body of work yet in Welcome to the Circus. Their CD release show was to a sold out Hard Rock Café in Chicago and they haven’t looked back yet. At the same time they released a video for their biggest single to date “Chicago” that has over 30,000 plays. Everyone that has heard that song has said the same thing “I can’t wait to hear that song in Chicago sport stadiums.” Since the release the band has helped pack and sometimes sell out The House of Blues, The Metro, Reggies, The Cubby Bear and Durty Nellies just to name a few.

Just like their music, The Run Around fans are rowdy and dedicated. One thing that hasn’t changed from the frat party basements, this bands stage show and energy goes unmatched. Their albums will draw you in, their live show will make you a lifelong fan.