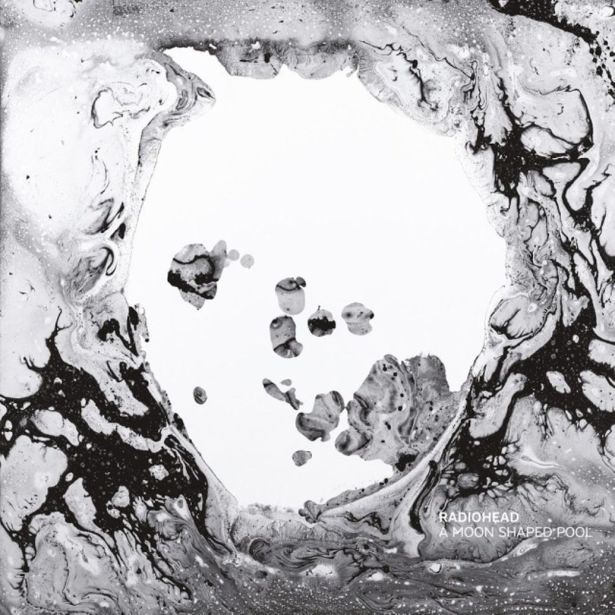 Radiohead’s career harkens all the way back to 1985, and they’re still just as relevant today. From their early days as the premiere sad alt-rock band at the dawn of the 90s with their first hit, “Creep” to their spaced out computer-esque experiments in the new millennium, to this very day, Radiohead have gained a massive devoted following that rivals Dead Heads and the Kiss Army.

While the 1990s saw Radiohead as more of a traditional alternative rock band, in the sense that most of their songs had a more linear song structure, the last 15 years have seen Thom Yorke and company venture into a completely different direction. In a post Kid A world, Radiohead have continued to go further and further down the rabbit hole of obscure electronic music. On the band’s last record, The King of Limbs, it was clear that fans and critics alike were growing tired of the increasingly alienating synthetic tech sounds the band was fixated with.

Even with the mixed feelings of Radiohead’s most recent releases, the hype for their return after 5 years away from the world was unmatched, even the new of a Guns ‘n’ Roses reunion could not hold a candle the excitement of a new Radiohead record. Their world tour sold out in a matter of minutes, and if you are selling a Friday pass to Lollapalooza, please hit me up on Twitter @Born_2_Lose. Shortly afterward, fans were teased with a music video of A Moon Shaped Pool’s opening track, “Burn the Witch” which I felt is a perfect first single. While this song is not new by any means, it’s been floating around the internet for years now in some fashion and it’s a great representative of what’s to come of the record. The track opens with an engaging string arrangement that keeps the song moving from beginning to end. The song also has a traditional verse-chorus songwriting structure which really helps to draw in entry level listeners. It’s probably the most accessible song on the record, which makes sense as to why it’s the first single and the album’s opener. What the release of “Burn The Witch” succeeds in most is winning over the alienated fans, the ones that have felt that Radiohead have become more machine than man. They do this by using – get this – INSTRUMENTS! With the welcome return of organic instrumentation, it’s easier for the average listener to appreciate the atmosphere Radiohead has always mastered at creating, as well as appreciate Thom Yorke’s masterful songwriting that could make a grown man cry shamelessly.

This isn’t to bash Radiohead’s later work. I love albums like In Rainbows and Amnesiac. The electronic elements of their 2000s albums are not absent either, but rather they enhance the songs made by a band, rather than serve as the focal point, at least for the most part. There’s uses of drum machines on this album in the background of plenty of songs, like on “Decks Dark,” as well as synth piano parts, some of which sound like they could’ve been on Tame Impala’s last album, see track 7, “Identikit”. What the better tech heavy albums in Radiohead’s career, like the ones I just mentioned, really nail is immersion, and the use of tech on A Moon Shaped Pool does just the same. I got so lost in the moving rhythms on “Full Stop” while listening in my car to the point where this horn crescendo comes in the song and I thought I was about to collide with a truck in a horrible accident, only to remember I was driving on the empty road. That’s the power of immersion and atmosphere that Radiohead delivers.

As much as I love this record, I would not recommend it to first time Radiohead listeners, nor would I make the claim that this record is for everyone. It’s a bit of a slow burn that requires multiple re-listens to fully grasp what it’s all about. This is not a record to just put on at any time in the background. And I understand that some people might not appreciate the song writing if that can’t get passed Yorke’s occasional mumbling. For the new listener, like I said in the beginning of my review, I’d recommend checking out Kid A or OK Computer first. Get familiar with what Radiohead are all about.  That’s not to increase the barrier of entry, but rather to enhance your listening experience so’s to greater appreciate the work.

I have to mention the album’s closer, “True Love Waits” as it is the shining example of why I love Radiohead so much, and is the best example of the songwriting shining on this album, in my opinion. The song was originally heard in 1995 at a live show, and has been heard in random Radiohead concerts throughout the years, but has never found its way to a proper album until now. It’s been reworked since its debut 21 years ago, but the vibe of the song is uncompromised. It’s a song about giving literally every last part of you into a relationship that’s going south. Not since Brand New’s The Devil & God Are Raging Inside Me have I been so affected by a piece of music.

I’ve gushed about this record enough. As it stands, A Moon Shaped Pool is the record to beat for album of the year 2016 so far. Radiohead has returned with their greatest record in years. It’s a record that’s sure to please longtime fans and shows that Radiohead are showing no signs of slowing down, they’re still one of, if not the biggest alternative rock band in existence 30 years later. (Johnny Athey)

For fans of: Portishead, Pixies, The National