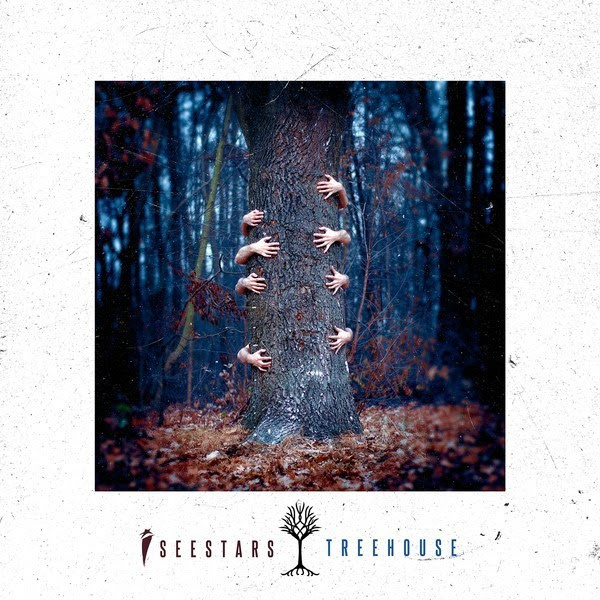 I See Stars’ new LP ‘Treehouse’ dropped this past Friday via Sumerian Records. The long-awaited release coincides with the band’s summer-long stint on Vans Warped Tour, which kicks off on June 24 in Dallas, TX and runs through August 13.

“When going into an album I always find myself overwhelmed with every emotion I possess. Everything we’ve been grateful to do and achieve over the last few years, all the tragedy that has overwhelmed this world, and the heartbreak I have endured as a musician and person is written all across this album,” says Vocalist Devin Oliver. “I’ve lost some of my closest friends the last couple years. My heart was ripped out of my chest for the first time in my entire life. In those moments I was sure I was staring fear and pain straight in the eyes for the first time. This album lyrically is the most powerful album this band has released. I feel the dynamic between Andrew and I has never been stronger and more in sync. We’ve been lucky enough to have so many great people involved with the Treehouse movement. I’ve never been more proud of the band I am apart of and the evolution we have been able to embrace. To all our fans that have stood by us through everything and to all my friends and family whom i love – this one’s for you.”

Drummer Andrew Oliver says, “‘Treehouse’ was a spiritual journey for me. It started immediately after our last tour as a 6 piece in 2014. It hit me like a freight train that things needed to change within the band. I had thought it and even expressed the idea of change before. The day we got home we finally found the courage to be honest with ourselves about our dreams. I didn’t even realize it at the time. I was an ever-changing, self enlightening, evolving person. It did not bother me for a while that certain people around me were taking a different path in their life completely unaware of it’s effect on the band. Before the change up, I had been pushing myself in the direction of music production with my ambient dance music project Dream Beach. Finding salvation in a different scene of creatives. A scene driven by a love for music and not money or fame. It was like I renewed my faith in music and the power it has. I felt like I was hearing the audible version of my soul for the first time. It became very apparent to me that this was what I wanted to do with my life. Using my love for drumming and melody I decided that it was time for me to align everything in my life. Playing the drums was not all I wanted out of my life. I had been producing a lot of the electronics for the band for a long time as well as writing lyrics side by side with Devin. Taking the position as live electronics/keys/vocals feels like a new set of dreams and experiences to me. I feel like I did when I first started touring. The sky was no longer the limit. Further exploring/experimenting with the divide between electronics and heavy rock music in a live performance context. This is my dream. This album is us taking everything that we love from hip-hop, drum and bass, pop, dubstep, trap , r&b, footwork, metal, post-rock and throwing it in a melting pot with zero expectation. I’ve never felt more connection to my roots from where this started; to the music lover I am now. I’ve listened to this album so many times and it still makes me feel so alive. From start to finish. Some songs speak on issues that need attention, some were just an absolute blast to make. At the end of the day we make music to either have fun or to express ourselves, or BOTH! We just want to push boundaries and open minds and make memories with people who’ve been with us for nearly a decade.”

Stream the new music video for “Break” below!