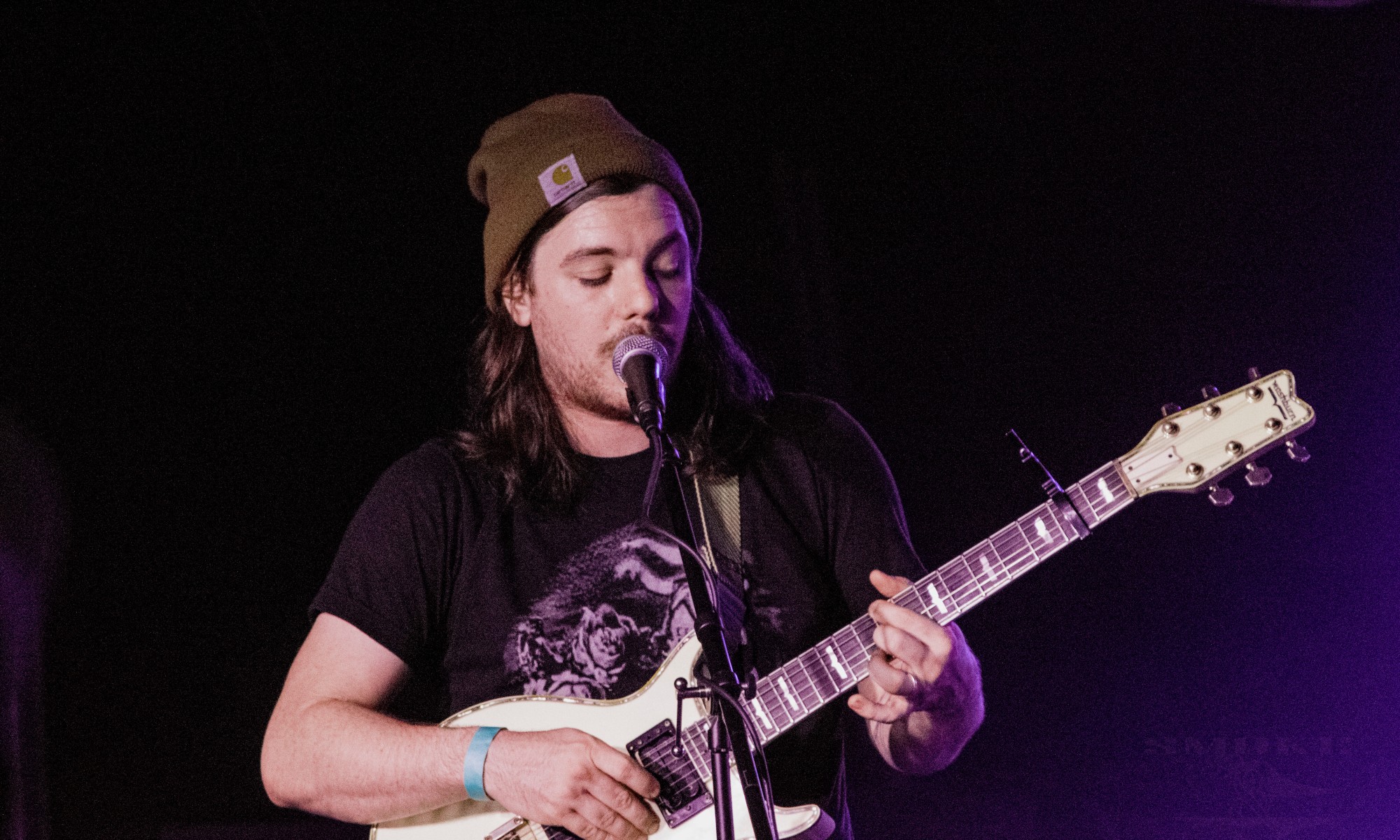 I recently got a chance to sit down with one of my favorite vocalists, Kurt Travis. Kurt is best known as the ex-lead singer of the Sacramento post-hardcore band, Dance Gavin Dance, as well as the former singer of A Lot Like Birds. I talked with Kurt about his split from A Lot Like Birds, touring with the singers of DGD, his new label, and his new band with Thomas Erak from The Fall of Troy.

Kurt Travis: I’m good, how are you?

OTH!: I’m good; enjoyed the show a lot. You posted on Instagram that you’re doing vocals for Dance Gavin Dance on their European tour, is that just a guest spot or a full set?

Kurt: I think what they’re trying to do is kinda me like do 4 songs, and have Jonny do 4 songs, and then we all do a song together. So yeah, there’s definitely gonna be more songs played on this European/UK tour than there was in the states.

OTH!: So you’re kind of a free agent, you’re not with A Lot Like Birds anymore, do you have anything in the cards right now, music wise?

OTH!: Anything fans can expect, sound wise? A genre or what you guys are trying to accomplish with this?

Kurt: Honestly, we kinda come to a common ground with a lot of grassroots emo bands. We love old Further Seems Forever and The Appleseed cast, stuff like that. I’m actually going out on tour with The Appleseed Cast in the UK in June of this year, with Listener and Atlas Empire. It [the band with Thomas] definitely has a rock feel to it, but it definitely has an emo vibe to it.

OTH!: You’ve also recently started Esque records, and you’ve got a lot of very different cool artists on it. What’s Esque about/what do you hope to accomplish with it?

Kurt: Well Esque is kind of an adjective, to be something “like” taken from a word like picturesque or derelict-esque. I’m French and my father is french. I liked the spelling and the pronunciation of the word. I also wanted the logo to be like a skateboarding logo… I look up to Topshelf and everything they do, and Run For Cover. Esque Records, I wanted to have a sound for every genre. I wanted a math rock band, I wanted an emo band, a technical like Chon/Lower definition band, a hip-hop collabo. I’m actually looking for a doom metal band right now just to round it all out, kind of like Deafheaven or so to speak, or Russian Circles, or Converge sounding. I’m even down for like a country artist. Paul Travis is very folk influenced.

OTH!: You want to talk about your most recent signee, Galaxy Cloak, for a minute?

Kurt: Sooooo good. It’s a shame, cause Menes the Pharaoh is from Canada and we’re in Detroit right now. It’s close. I hit him up, but I understand. But yeah, Menes the Pharaoh, he’s been an MC for a long time with the Basement Dwellers, and my homie, Sorcery Orchestra, he digs through crates and crates of records, finding the old school golden era, boom bap shit. He goes for that old school hip-hop shit, and I’m just a firm advocate. Not that I don’t like Future, or Fetty Wap, there’s a time and a place for it. I think Galaxy Cloak has its place with the magic that every other band on the label has.

OTH!: You have an impressive resume, what’s been the most rewarding or meaningful project, whether it be an album band, or even label?

Kurt: You know, rewarding for me, my career, therapeutically, I would have to say maybe Happiness cause everybody, more and more each day, it’s weird. People more and more are just talking about that record like it’s this flawless Holy Grail of music, and I’m very flattered and honored that people are giving what I contributed to Dance Gavin Dance the credit, because a lot of the times when I was in the band, I did not feel that at all. There were a lot of people that were like “Who the hell is this guy? He’s not Jonny Craig!” I also feel for Tilian, cause I’m sure he gets that too. He’s Tilian, he’s awesome.

OTH!: I feel like every incarnation of Dance has been able to find what works for them and have been able to succeed in their own way.

Kurt: If it wasn’t for DGD, I don’t know where I’d be. That was such an organic coming together of musicianship. It was not planned. It was very up in the air, let’s do it, let’s jam. Same with Secret Band, I played drums on Secret Band’s first record.

OTH!: Did you really? I didn’t know that.

Kurt: Well, I wrote a track on drums for the first Secret Band record, and they kind of you know, <laughs> “you’re not in the band but…” No, but I’m very honored to be a part of the Will Swans and the Jon Messes, and the Cory Lockwoods. As much as our breakup was not on very good terms and I was not happy, I mean I was forced to leave, I had to. But even though I have some sad feelings towards it, I can look at it like it was an honor to do those 2 records with them.

OTH!: Do you feel there was any loose ends that you wanted to accomplish with A Lot Like Birds that you didn’t quite get the chance to?

Kurt: Understatement of the year.

OTH!: Do you think those ideas will find their way elsewhere in future projects?

Kurt: If that expression that I was going to put in A Lot Like Birds is going to find it’s way elsewhere, then yes, totally. That’s why when I joined A Lot Like Birds everyone was like “Hm, sounds like Dance Gavin Dance” even though it didn’t sound like DGD at all, just my voice, and that was the last thing I did.They said that, that’s fine, I can’t help it, same thing as if Robert Plant were to play in any other band, or anybody. Not trying to put myself next to Robert Plant, or anybody, they just have that defining characteristic of the band, and I feel that, in my own way, I bring that to any band.

OTH!: Are you still working with Adventurer?

OTH!: What are they up to and what’s your involvement with them?

Kurt: They couldn’t be here tonight because they’re almost done recording their full length record. It’s been taking them and Blue Swan [Records] to find the right songs, and it’s been a frustrating experience, but I think it’s going to be a very fruitful outcome for them because Will [Swan] was very, very, very, very critical and strict with them. A lot of songs I thought were amazing were not good enough. So I think all the attention is going to really pay off and they’ve had their own workings inside their own band. They had to switch drummers, I don’t know if they’ve officially brought the new drummer into the band, but they’re going on a tour with him and things are looking very good. They’re very happy with how their live show is, and I’m sure people in Detroit have seen them with their new drummer, I haven’t, I’ve been busy, but I’ve been confident. I’ve been right there with them. I wanted them to really wait to hit the ground running until they have a full-length, and Blue Swan Records agrees with that as well.

OTH!: You used them as your backing band for a little bit on your last tour, and this tour you played the whole show with a full band. What are the pros and cons of playing lonesome vs. with a band? Do you have a preference?

Kurt: Well it’s always good to have a helping hand, that’s for sure. The people I borught on this tour are my dear friends and they’ve been in bands with me for years, and recording/playing with them is kind of a second nature and it’s been a treat cause they all fall in line wonderfully. I raise my hand, they know what to do, I feel like James Brown up there. And I’m very hard to please, I wrote these songs a specific way.

OTH!: Anything you’re listening to right now that you’re really digging or drawing inspiration from?

Kurt: We’ve been jamming a lot of Tame Impala in the van. Rihanna’s cover of “Same Old Mistakes,” we’ve been jamming that every day. The percussion, kick, snare, sounds very crisp and real. We got a lot of one hitters, Chairlift’s “Show You Off” is awesome. I work at Urban Outfitters and they have good music in the store. A lot of the stuff I listen to is reminiscent of me working there <laughs>.
OTH!: You mentioned other members of the band, anything we might know them for?

Kurt: The bass player of my band, his name is Jason Ellis. He recorded and wrote bass for the Happiness record in Dance Gavin Dance. The bassline in Don’t Tell Dave and Carl Barker, he wrote the bass on that. He’s playing bass in my band. Julien Loy, he plays drums, he was in a band with me called No Not Constant. It was in between my first band and Dance Gavin Dance. And then I got CJ Burton, he sings and plays guitar, he’s the singer of Rome Hero Foxes, they’re on Esque records.