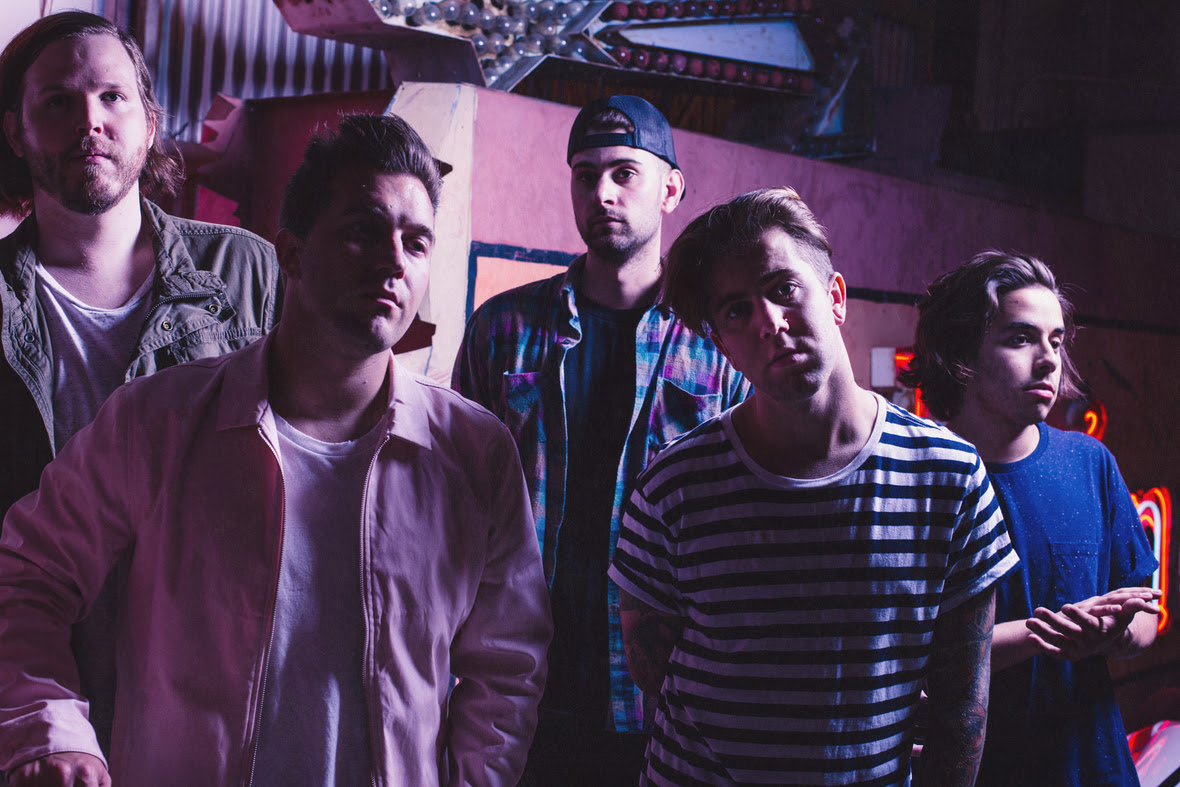 (August 8th, 2016) – The LA space-rock quintet Sleeptalk (often stylized as SLPTVLK) has released a new music for their single “Bones.” The video premiered with Buzzbands.LA and comes from the group’s EP Young, the second installment in a planned trilogy of releases. In an attempt to convey the idea of getting lost in your own mind, SLPTVLK chose hazy California aesthetics to get across the emotions the song speaks about. The video was shot at Point Dume Beach and Valley Relics Museum in the San Fernando Valley.

“When conceptualizing the idea for bones, I immediately knew the beach needed to be included,” says vocalist Anthony Fitzpatrick. “Growing up just 20 minutes from the beach made it the perfect place to go and think about things. It’s also where myself and my friends used to go to smoke/drink during the hot summer days and dark, grainy winter nights. I knew in order to get the point across without making this video corny, I had to make it raw, I had to make it real, I had to make it exactly the way I wrote the song. Being young and free in this town, in California, means endless options. This video is exactly that concept. Undoubtedly, for myself and the band, this is the rawest/realist depiction of Sleeptalk.“

“Bones” is available now on iTunes.

Hailing from Southern California, Sleeptalk formed from the ashes of the now defunct pop-punk band Like Giants. After the disbandment in 2013, vocalist Anthony Patrick and bassist Paul McGill found themselves pining for a new sound that stretched beyond the confines of their previous group. Joined by Jason Fitzpatrick (guitar), Justin Melchor (guitar) and Jacques Harmandjian (drums), the quintet make use of strong, haunting hooks that weave into atmospheric melodies. The self-described “space rock” sound creates the framework for Fitzpatrick’s alluring lyrics of sex and youthful love which can be heard all throughout the debut EP Pure. The record is the first of a planned trilogy with the second installment Young, being released on December 4th.