(September 22nd, 2016) – Just in time for the fall season (and most especially, Halloween!), Detroit dance rock outfit Electric Six have announced their new album Fresh Blood For Tired Vampyres, set for release on October 7th via Metropolis Records! Consistently releasing mind-bending albums annually since 2005, they’ve spiced things up with a heavier dose of atmosphere and textures on their twelfth studio album.

The group has dabbled in numerous genres in the past such as dance, punk, hip-hop and R&B, but Fresh Blood for Tired Vampyres is said to demonstrate the ability to combine all these genres into one cohesive album and we couldn’t be more hyped!

To further add to the hype train, the band also announced a new tour, which kicks off tomorrow (September 23rd) at The Loft in Lansing, MI and runs through mid-October. 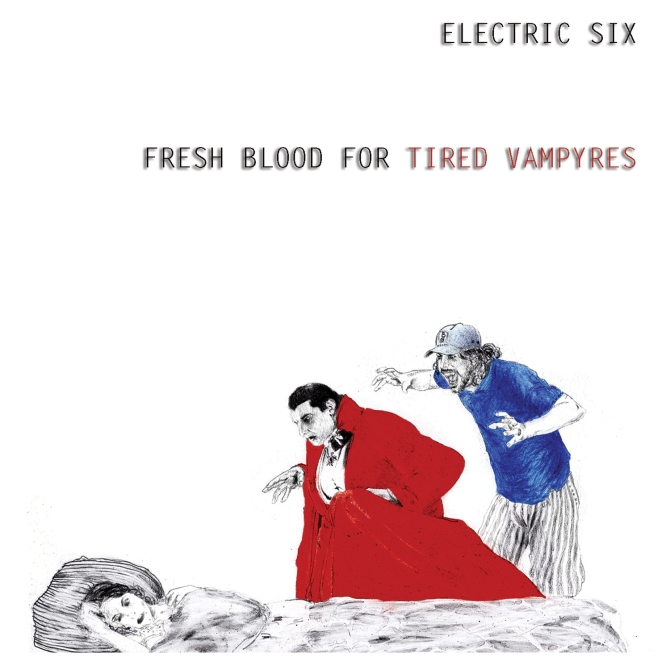 Electric Six had mainstream success out of the gate with the release of their debut album Fire, which includes their smash singles “Danger! High Voltage” and “Gay Bar.” The album peaked at #5 on the U.S. Dance chart and would later reach gold certification in the UK. Since then, the band has gone on to release eleven albums including Fresh Blood for Tired Vampyres, a live album/DVD that was funded via Kickstarter and continues to tour both nationally and globally.