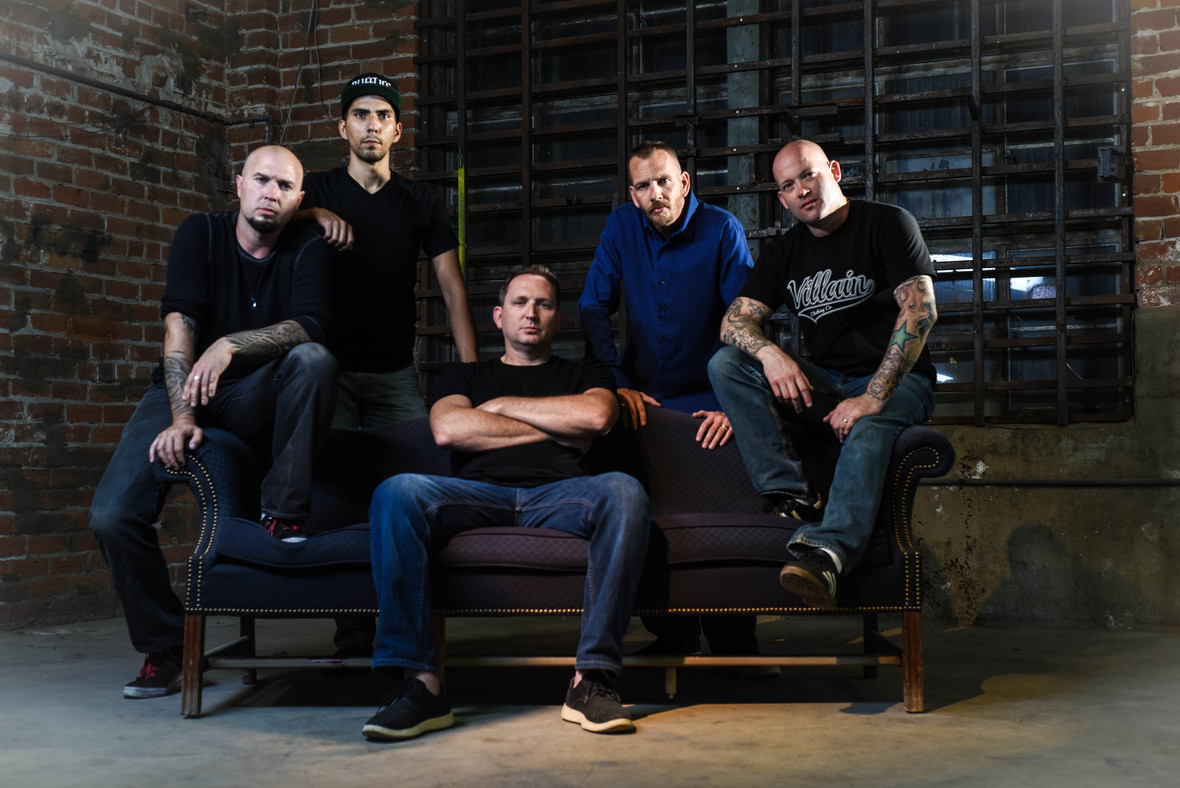 (October 17th, 2016) – Tucson, Arizona based Rap Rock band MeltDown have released the official music video for their track “Trust Fall” from their upcoming debut album No Filter due out in early 2017. The video, which premiered on Revolver Magazine, was filmed in Phoenix, AZ by Irin Daniels of Marmera Films, and the song was recorded & mixed by Matt Good of Good Studios in Phoenix AZ.

“Trust Fall” is a strong statement about putting all of the faith in the world in someone else’s hands. A trust you carry to your grave. – Mike Prince (Vocals)

MeltDown is a hot new multi-genre band, quickly rising through the flourishingArizona music scene. This group is comprised of members of Arizona bands Stop Tyler and Lethal Injektion. Vocalist, Mike Prince (Stop Tyler) brings clean, driving vocals that sound as good live as they do on the recordings. While the rhymes of Jacob Ryan “The Raskal” (Lethal Inkjetion) showcase a much more toned down, mellow unique vibe. Guitarist Ryan Conroy, bassist Abe Saenz (Stop Tyler) and drummer James Ringstrom (Lethal Injektion) provide pop/rock grooves with a blend of rock, punk, pop and hip-hop. This new project has a very radio-friendly sound, utilizing styles and sounds from bands like Green Day, Black Eyed Peas, Blink 182, The Dirty Heads, and other contemporary pop groups. The bands debut album No Filter is in the works under RuffLife Recordz, their lead single “Lights Out” is currently available for stream on YouTube. Their follow up single “Trust Fall” is available on all online outlets currently for purchase,,, Look for amazing things to come from this band labeled as Arizona’s super group.