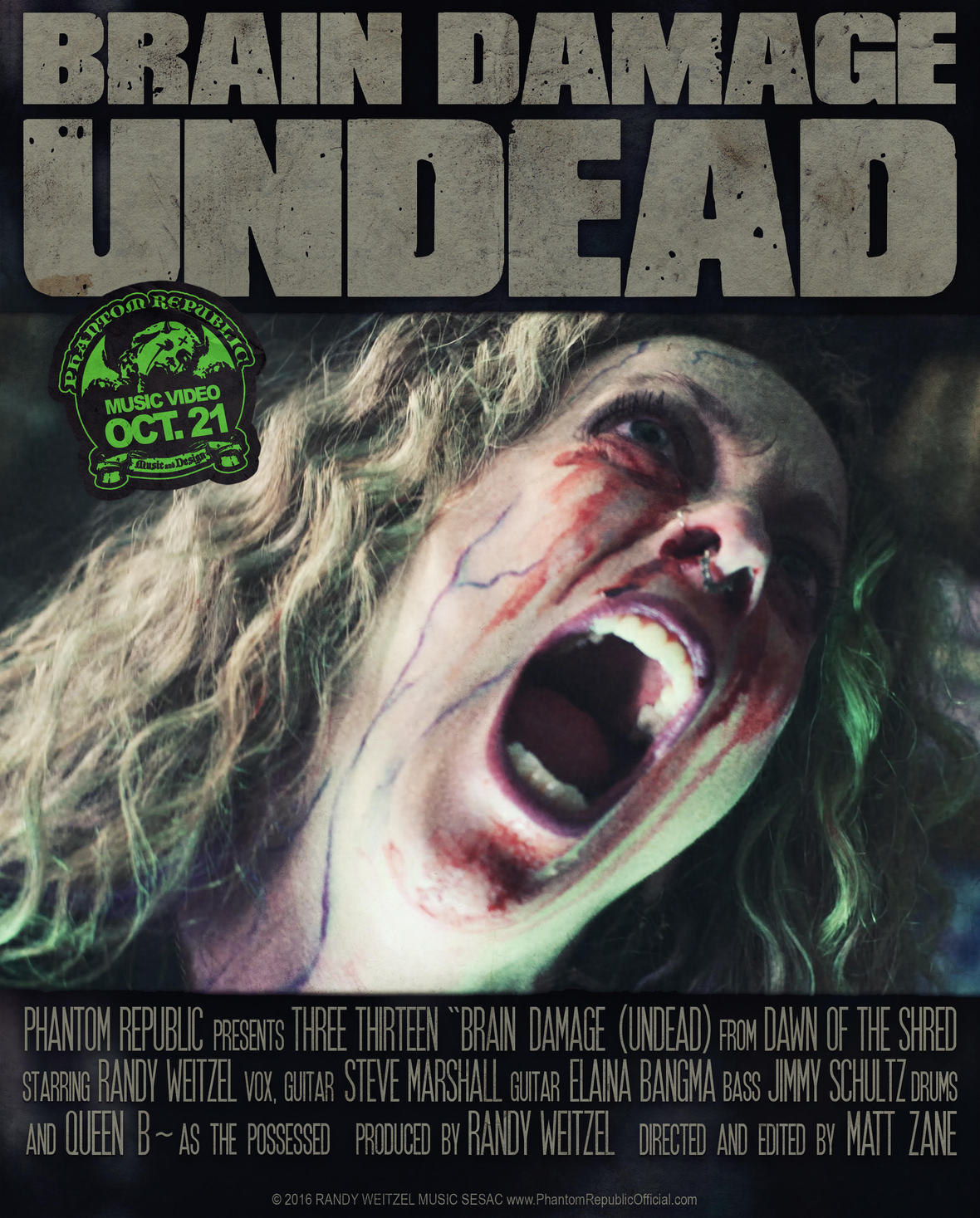 Two things that shaped and influenced my style beginning when I was younger were thrash metal and horror movies from the eighties. For the ‘Brain Damage’ video, I wanted to capture the humor and campy vibe of movies like Return of the Living Dead and Evil Dead 2. I came up with the concept to compliment the music, and Matt took my ideas, ran with them, and made it all happen with ease.” Weitzel adds, “The album Dawn of the Shred is influenced by my favorite Metallica, Megadeth, and Anthrax albums. Early thrash was melodic, especially vocally, and I wanted to do something that pays tribute to that era – catchy vocal melody hooks, shredding guitars and songs about zombies and aliens. – Randy Weitzel (Vocals, Guitar) 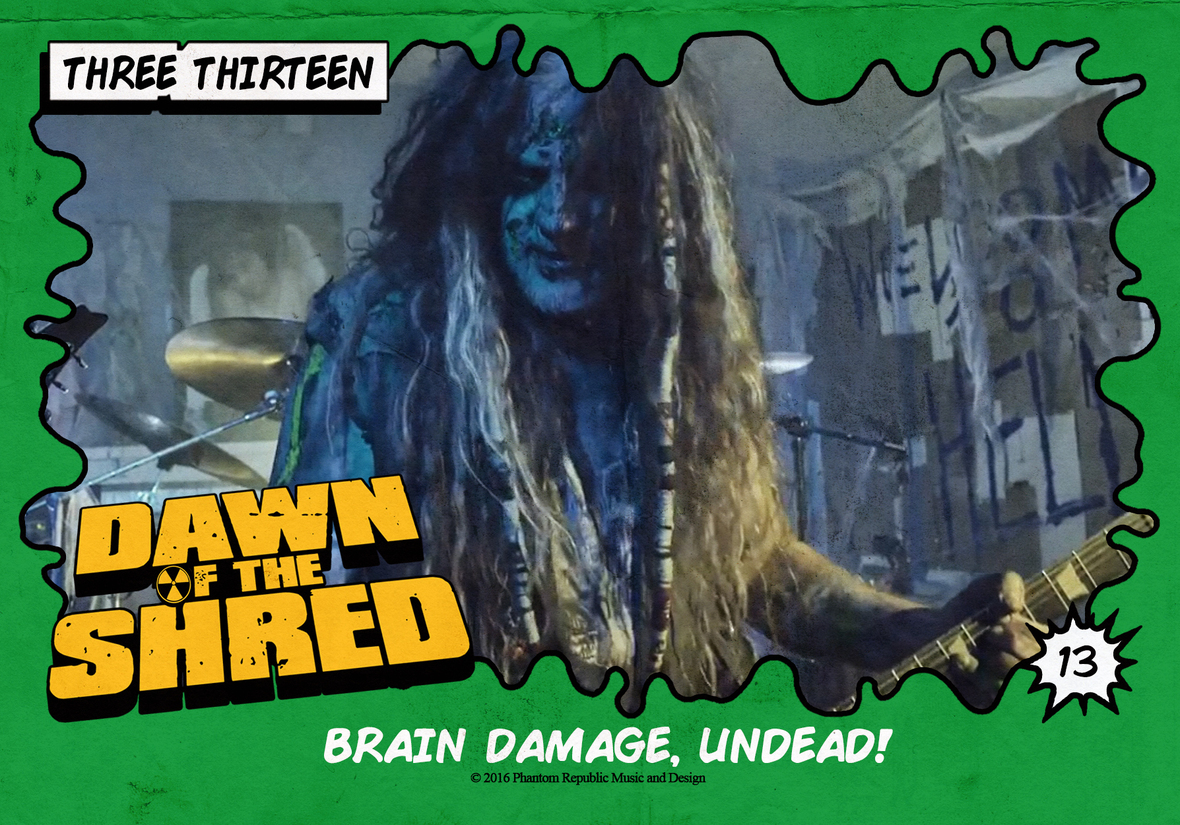 Three Thirteen is the angry, bastard child of multi-talented guitarist Randy Weitzel. Weitzel has made a name for himself as the snarling axeman of Atlantic Records recording artists In This Moment. During his latest ITM tour hiatus, the brutal shredder joined forces yet again with his 3/13 bandmates, guitarist Steve Marshall (Blackfall), bassist Elaina Bangma (Blackfall), drummer Jimmy Schultz (Sunflower Dead) and Director Matt Zane (Zakk Wylde, John 5, Blackfall) to produce the first single “Brain Damage” from their upcoming full length album Dawn of The Shred.