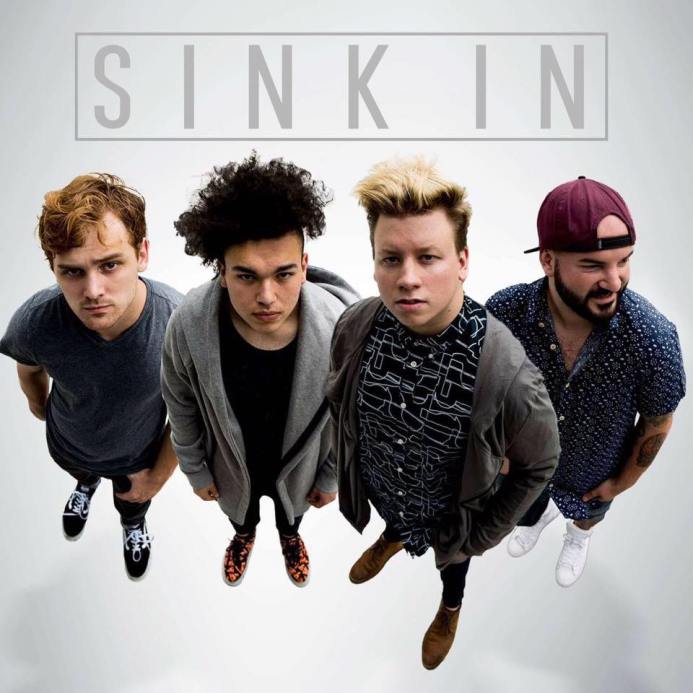 I know this may come as a shock, but if there’s one thing that really rubs me the wrong way, it’s Pop-Rock. Yeah, I know, I’m a monster. The often-perceived feel-good, head-bopping genre that makes most people bounce around anywhere from the streets to the car does nothing but cause me aural anguish. The reason? I find that the genre is all-too monotonous and- even worse- often contrived. What was supposed to be a blend of upbeat pop-feels with rock structure and rhythm has become overstimulated and exhausted to its near fullest extent. I can’t seem to find a single pop-rock outfit that doesn’t bring to mind the literal definition of “banal” in the modern age (and can you blame me when so many bands are either trying some neo-All Time Low x The Script or a copycat version of The 1975?)

That’s why Hershey, PA’s Sink In came as such a surprise to me.

For this one, I’ll have to thank my friend, Alex, for linking me to their newest music video and single, “Castaway.” I’ll admit that, upon reading in their Facebook description that they’re a pop-rock outfit, I was skeptical at first. I was ready for the age-old copy-cat licks, riffs, and lyricism that we’ve all been so painfully afflicted with.

I’m happy to say that I was dead wrong.

“Castaway” tells a story of a waitress that is unhappy with her complacency in life, as illustrated by the accompanying music video, in which she is depicted as a castaway on a lonely island, standing upon the cragged rocks in a (literal) tide of turmoil. The far-too relatable lyrical telling of this story is backed up by some super smooth, bouncy instrumentals comprised of head-bopping, driving percussion and fly-away quick licks, overlays, and riffs that hook themselves deep into your brain.

But possibly the most catching thing about this track is how the raw emotion captured within this song, through which SInk In has cleverly and carefully orchestrated through its non-intrusive and layered instrumentation, accessible and empathetic lyricism, and actual, refreshing diction (seriously, I’m tired of listening to mush-mouths that can’t seem to even begin to form hard T’s because they’re too busy singing through their nasal passages).

Although it’s easy to become stuck and wallow in self-pity over our unhappiness in life, Sink In’s “Castaway” also demonstrates that it’s possible to break from that low-cycle. In the outro lies a refrain of “We’re starting fires on our own” – a metaphor illustrated in the music video by our downtrodden waitress building a fire. In an interview with Big City Thoughts, Tighe Eshleman (frontman) explains, “The metaphor is if that fire is your goal and what you want to do with your life, really the only thing that you can do is start that fire on your own- rub those two sticks together no matter where you’re at, no matter what island you’re on by yourself- because if you can get that fire going, anything can happen.”

It’s very apparent that Sink In is taking their own words to heart and that’s what marks them as our designated “Rookie of the Week.” Their release of “Castaway” marks a turning point for the band as they embark on a future full-length, building the flames and the heat of their own intense fire, which may one day continue to grow and expand until it stretches across the sky. 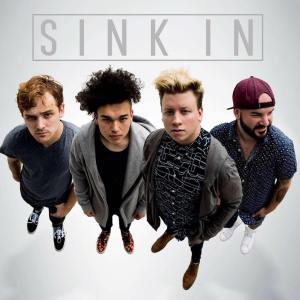 Just when you thought you could define the sound of modern pop-rock, Sink In surfaced with their refreshingly ambient and technical twist to the genre.

Sink In formed in early 2015 and instantly dove into an intensive touring schedule with dates spanning nationwide. Thanks to the incredible reception while on the road, the band hit the studio to record their debut release. The “Wide Eyes EP” showcases the groups’ powerfully written lyrics, precision guitar riffs, and high-energy attitude.

Connect with Sink In