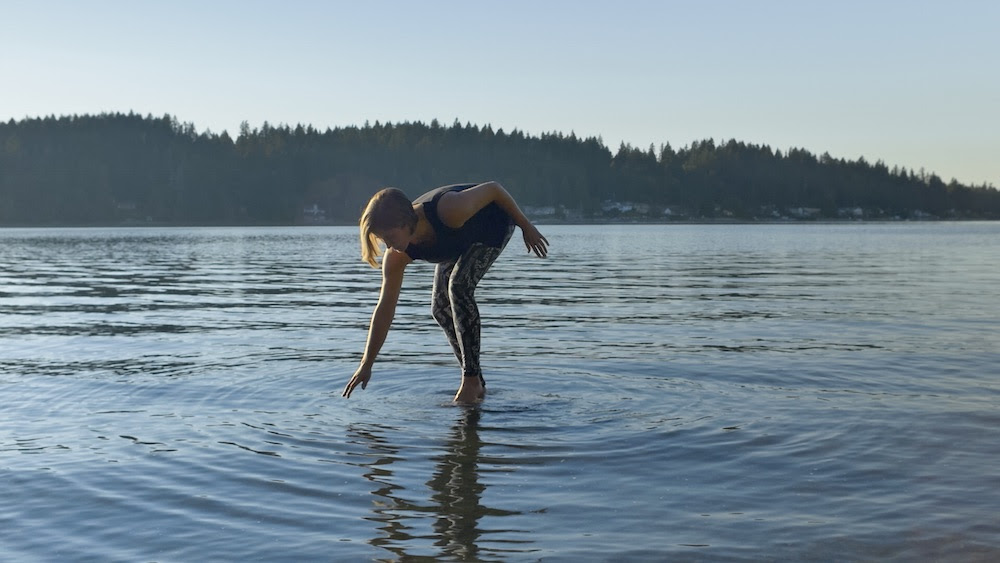 “Witches Dream,” has a dreamy dance vibe to it. The song focuses on the night, dreaming, and exploring these themes. The music video shows ethereal views from the Pacific Northwest, where Cavegreen hails from. The first versions of the song were very slow until Cavegreen decided it should be something you can dance to late at night, something that wakes you up and gets your heart beating.

On a deeper level, “Witches Dream,” was inspired by the books of Florinda Donner. The song refers to specific states of awareness that were apparently explored by Meso-American cultures such as the Maya and the Toltec.

The Line of Best Fit cites “Witches Dream” as “…an exercise in the weirdest and most wonderful pop imaginable.”

Cavegreen is the artistic collaboration of Eleanor Murray and Gianluca Bucci, that blends electronic and acoustic music, poetry, and images.

Cavegreen has completed their first full-length album, Vita Lucida, a positive electro-pop experience that combines earthly drum and dance beats with light, dreamy melodies, a soundscape that is both grounded and ethereal.  The songs sing about the profound human connectivity to the elements of nature, inspired by ancient philosophical traditions.Vita Lucida is one to dance with, dream beside, and ponder with.

Eleanor has been a musician, songwriter, and performer for the past eleven years, releasing five studio albums and touring the US extensively. Gianluca comes from a background of environmental work, photography, and an ongoing interest in the ancient and modern philosophical traditions of the earth. In 2015, Cavegreen released their debut EP, Journey of Return and began performing shows and around the Pacific Northwest. Their newest album, Vita Lucida, is to be released February 3rd, 2017.