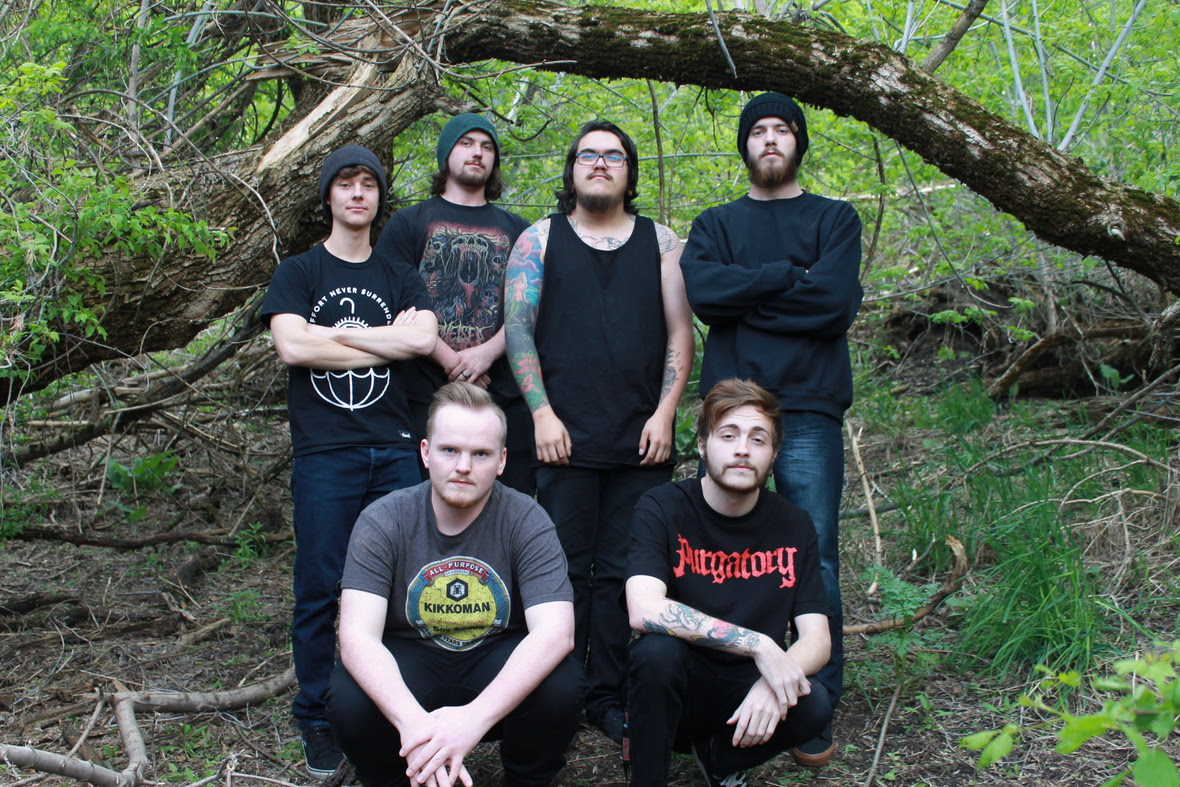 (January 3rd, 2017) – Utah deathcore outfit Cries Of The Captive (Imminence Records) will be hitting the road for the first time in promotion of their recent album, entitled Totalitarian. To support the the full length that serves as the follow-up to their Imperialist EP, Cries Of The Captive is hitting the west coast with Shawshank Redeemed and Artesyn on The Regular Tour, presented by Armor Gold Cables.

“This is our first tour we have done in the US and we will be playing all new music from our most recent album. Which means we are bringing our heaviest tunes through the west coast, so everyone should be ready to throwdown!” – Mason Blair (Vocalist) 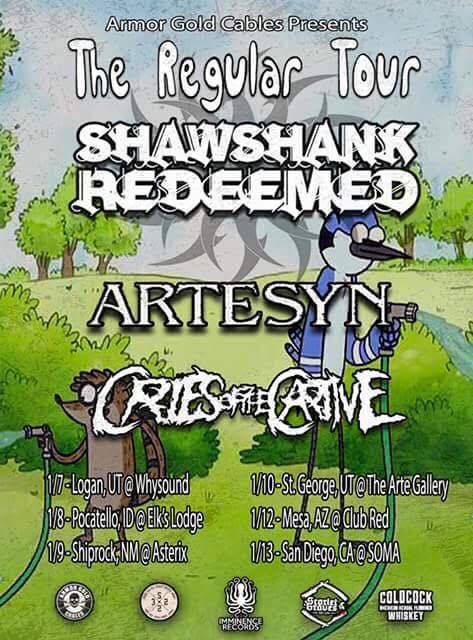 About Cries Of the Captive

Cries of the Captive formed in early 2011 by Tyler Conner and Jordan Huemiller who early on recruited guitarist Quinton Udink, drummer Matt Barnette, and bassist Billie Olsen into the band. A few months after completing the lineup, Quinton and Matt left the band and sparked a long hunt for new members. The band eventually welcomed new drummer Kyler Loughlin and new guitarist Skyler Dustin, however, with the joining of the two new members they were forced to part ways with bassist Billie Olsen. Quickly after, bassist Mason Blair joined the band, forming the lineup that would be known as Cries of the Captive throughout 2012. In early 2013, the band and Tyler Conner went their separate ways; not wanting major changes in their lineup, Cries Of The Captive moved former bassist Mason over to vocals and brought in bassist Jake Makley.

December 22nd, 2013 saw the release of the Imperialist EP, renowned for its powerful rhythms, unique sound and low, guttural vocal styles alongside haunting harmonies; the album had been recorded alongside the mastery of technician Dan Jones, who is the guitarist of Chelsea Grin. With one final lineup change of Nate Barnes coming in to play bass, Cries of the Captive has set out to take 2014 by storm. More ready now than ever before, the metal outfit is poised to take the music industry in full force as they enter their third year, and refine their skills, not only as a band, but as performers. The band announced their signing to Imminence Records in July of 2015 and are set to release their label debut, entitled Totalitarian, on September 23rd, 2016.

Connect with Cries of the Captive