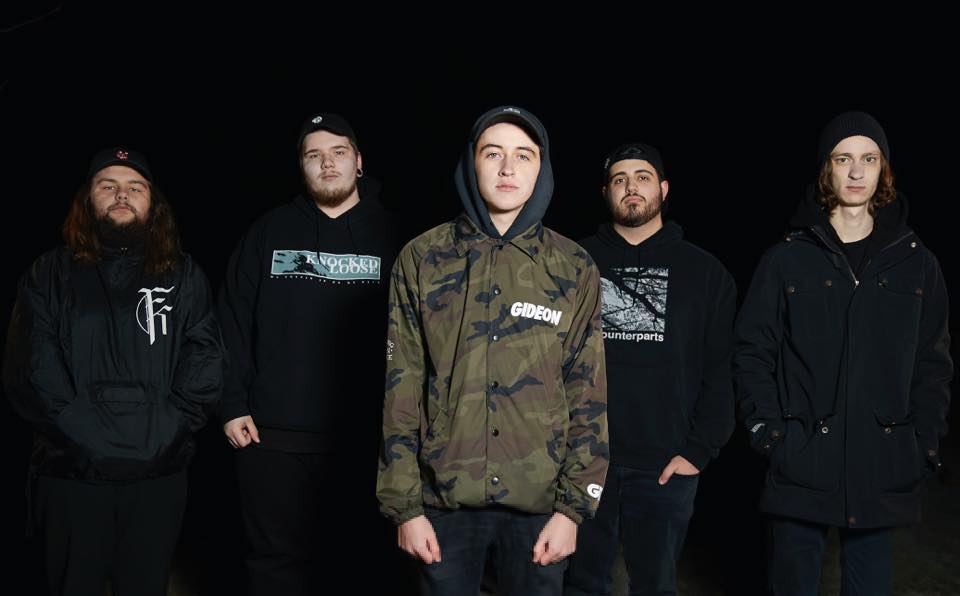 (January 16, 2017)- The Bowmanville, Ontario metalcore/hardcore lords in Out Of My League recently realeased their official music video for their single “Blind” (feat.Aiden Versteegh of Falsifier), off of their 2016 EP Resented.

The video, which originally premiered via Beheading The Traitor, was shot and directed by The Trenches Media, Inc., and features a series of choppy, head-splitting cut scenes that perfectly encapsulate what the band offers in “Blind:” vindictive, vehement bitterness. “Blind” packs the right amount of hellacious slams, hair-raising melodic arias and licks, and instrumental savagery to properly bash your skull in repeatedly as if this is a scene straight out of The Walking Dead, wherein Out Of My League is Negan, their musicality is their barbed bat, and you’re the latest cowering victim.

About Out Of My League

Out Of My League is a self-described metalcore/hardcore band from Bowmanville, Ontario, and is comprised of the following members:

Connect with Out Of My League