“We’re ready to blast super hard with unsafe levels of volume and noise on our first headlining tour for Gold!” says guitarist and frontman Christian Lembach.

Dates kick off on May 12th in their hometown of Atlanta, GA and stretch coast to coast before wrapping up in Dallas, TX on June 11th. Support will come from Miami, Florida’s Wrong (members of TORCHE) and Bummer from Kansas City, MO.

“Our homies in Wrong, who we met on the Red Fang/Torche/Whores run, will be hitting all of you with the lock step precision as direct support, and the boys in Bummer will get the party started! Stay gold, Ponyboy!”

Before then the band will head to Europe to support Big Business on the Command Your Weather European Tour. Dates kick off on March 31st and include a first ever appearance on the legendary ROADBURN FESTIVAL on April 21st. Whores. will also participate in this year’s CHICAGO OPEN AIR FESTIVAL on July 16th with The Dillinger Escape Plan, Pig Destroyer, Code Orange, Clutch, Slayer, Lamb of God and Ozzy Osbourne.

Whores. released GOLD. on October 28th, 2016 via Entertainment One (eOne), the first for their new label home. GOLD. is available overseas via SPV.  The debut LP was recorded at Parhelion Studios with producer Ryan Boesch (Helmet, Fu Manchu, Melvins).

GOLD. is the follow up to the highly buzzed about EP Clean (2013), which was widely cheered by critics. Also recorded by Boesch, the record sold out within a month, prompting the band to quickly release a second pressing. Clean is now on its sixth pressing. 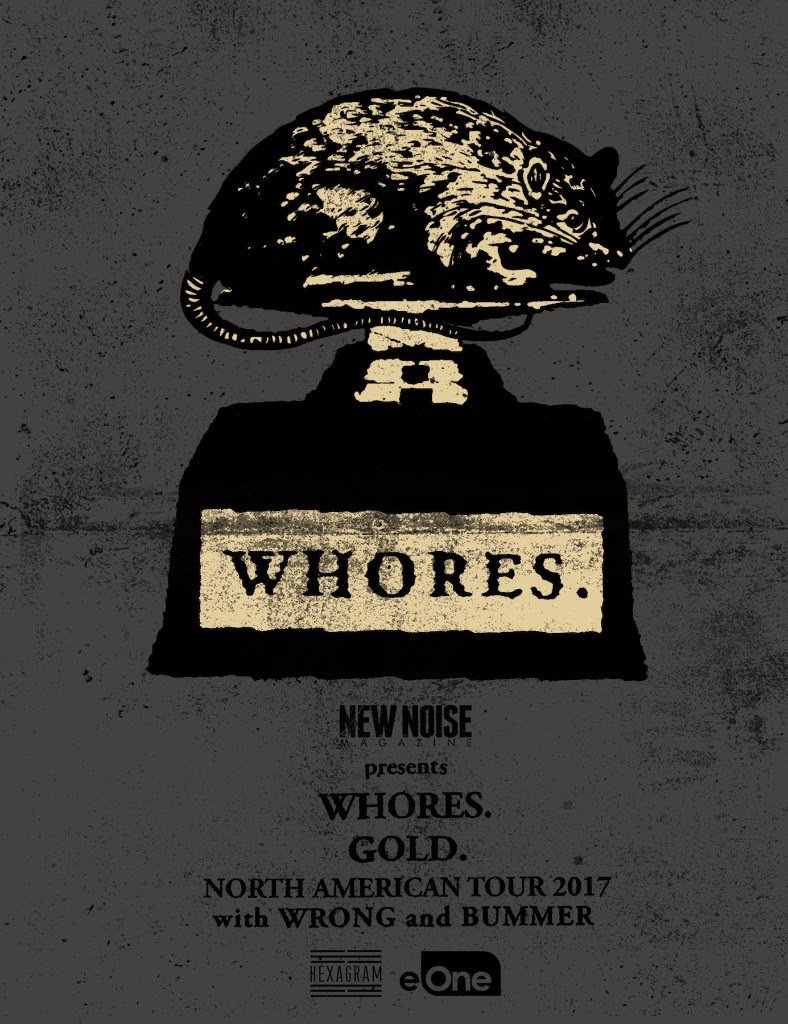 The band has garnered much attention as one of the best new acts in the noise rock scene. Spin Magazine voted Whores. as one of the “must-see” bands at the 2014 SXSW and named Clean in the top 10 of their 20 Best Metal Albums of 2013. “We were in other bands. Now we’re in this band,” says the band. “Soon we will all be deaf. Commercially moribund, second wave, first class, good times, bad vibes.”