(March 1st, 2017) – As springtime begins to slowly crawl ’round the corner and busybodies start their ritualistic clean and clear, so, too, does Old Self partake in dusting off their respective shelves. The New Jersey noise-rock outfit announced their resurgence and ressurection in the form of a fresh, novel album announcement via their official Facebook page.

“We’ve decided to name our debut release Perfectly Unsound,” writes the band, further explaining that the name symbolizes the driving message behind the EP- “to be perfect with our own damaged pasts and selves.”

The band initially wrote two of the songs off of this upcoming EP nearly a year ago- all production stopping when members Kevin Miller and Brandon Goldenbaum left Old Self to pursue other endeavours. However, as time passed, Old Self found themselves drawn once again to their former musicality. “We’ve decided to comeback and revisit Old Self and give it a fresh start,” the band explained in an exclusive interview with us. The product of this reemergence and revitalization being Perfectly Unsound, a four-track EP that was recorded with Sabretooth Studios in Fisher, Indiana.

While an official release day has yet to be set for Perfectly Unsound, the band personally divulged some further details, including the previously-unannouced tracklisting:

Perfectly Unsound is an EP designed around the concept of embracing the minor imperfections in seemingly “ordinary” human life. Cast by storytelling, spun beautifully like silk, Old Self’s newest venture seeks an outward panorama of personal traumas and trials, rather than an expected introspective take. When asked to comment further on the external adaptations and songwriting approach, the band declared:

“We have decided to take an outward approach because we felt like connecting with fans, family, friends and strangers in a way with our music no one ever has before. Music has always been an outlet for each of us so we figured, ‘Hey, how can we be an outlet for others?’ We have listened to many stories so far, whether it be someone dealing with their depression to the point of break, love & loss, fighting anxiety, to a traumatic experience that may have happened years and years ago- it still shapes who you are becoming today. Although only 4 [stories] made it to the EP, we plan on continuing this way throughout our endeavors in this band. We want people to be able to connect with the songs and want to be able to be a voice for those who feel like they don’t have one.” 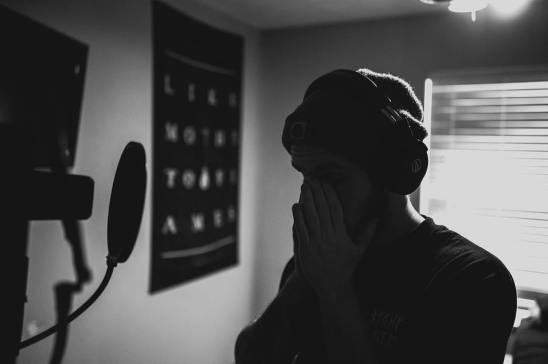 Central to the plot of the album is the personalization and aforementioned storytelling adaptation of real events. Friends, family, and strangers were openly invited to submit their personal stories to the band for consideration. After an immesurable amount of time spent sifting through countless stories- hours spent thoughtfully reading, internalizing, and responding- four striking stories have eeked out into musical format, culminating in Perfectly Unsound– an album based on being okay with not being okay

“One particular story on the EP that hits home for us all pretty hard is the song ‘Empty Eyes,'” the band comments. “Inspired by a good friend of ours, Brenda Gomes, the song is about being in love with something, but when you look back at it, is so lifeless. You constantly poor your love, faith, trust and care into the individual, but you never seem to make that person whole as much as they want you to. And in the end, coming to terms with yourself that it’s not you, it’s them. But, you’ll never be the one that makes them love even themselves.”

Noise as a genre is already intriguing enough, given its rich history in non-traditional usage of instrumentation for emotional and compositional expression. The genre, which can be traced as far back as the 1910s- starting with Italian futurist composer Luigi Russolo’s “Veglio di una città-” has seen many improvised and refined iterations of itself. Take, for example, the 1970s industrialist deployment of “noise” as a genre, with iconic artists such as NON, Boyd Rice, and SPK creating erratic, improvisational pieces that one could arguably aurally classify as “noise” rather than mellifluous melody. In a modernistic sense, we’ve seen the growth of that industrialization in noise, producing much-adored musicians such as Sonic Youth, Fuck Buttons, (arguably) Crystal Castles, A Place To Bury Strangers, and many more. Thus, Old Self is the latest prodigy of such a vast genre.

“This band is therapy, an outlet, and for you.”

Though not the first- and certianly not the last- Old Self’s particular branding of noise music, especially that of an outward, personal narration, is arguably one of the more intriguing and heartbreakingly wonderful acts to come into play.

Old Self currently does not have any released singles from Perfectly Unsound, as they are currently working on blueprints for some behind-the-scenes material that they’ve placed at the forefront before they pick a release date for any of the music. Be sure to stay in tune and frequently check back in to see when they announce and release any new material, as the band thoroughly promises to “keep everyone in the loop!” 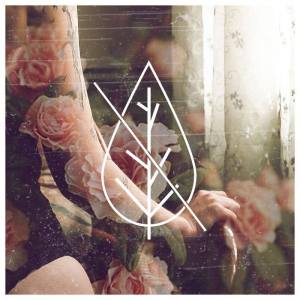 Old Self fleshes out their ambient melodies with poetic arrangements while using people’s stories as the concepts and lyricism for their songs, they help bring the dark thoughts that people keep inside of them out to the public in a very unique manner.