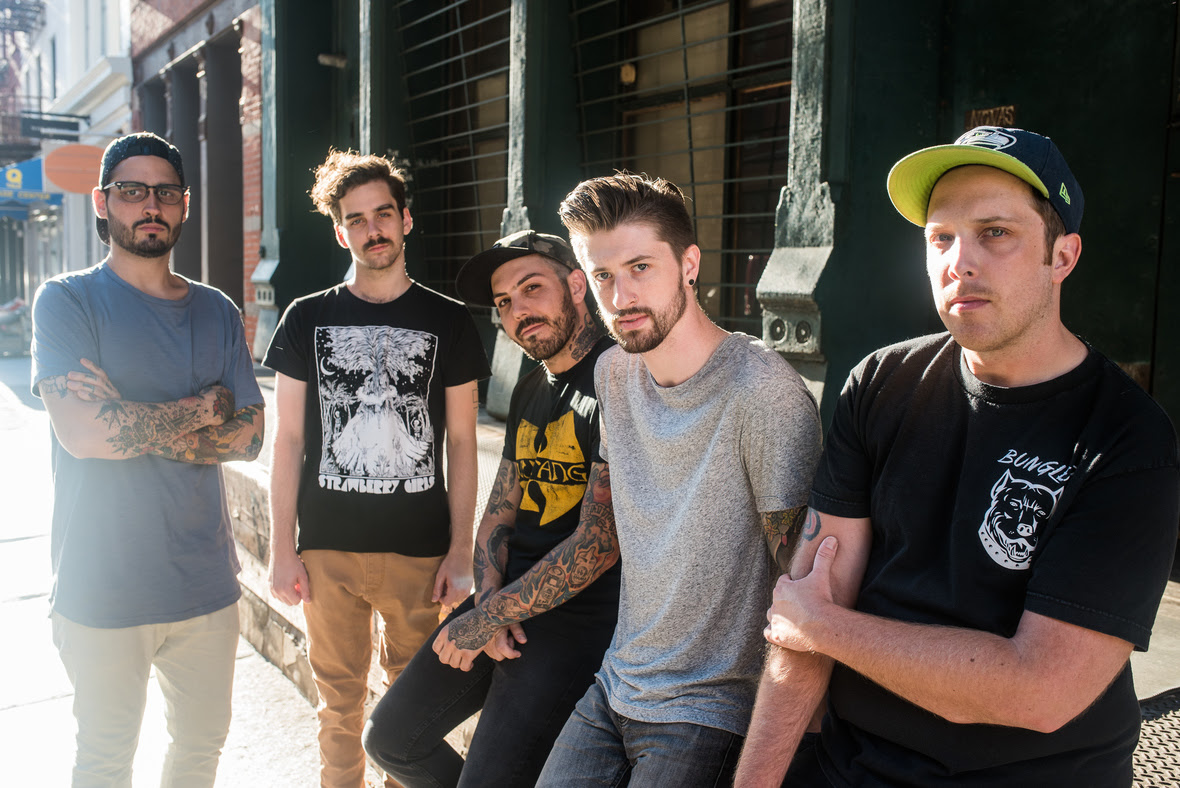 Riccatelli, who in addition to his drumming duties, is the Executive Chef at Terroir, based in NYC’s Tribeca, says,

“Going on Chopped has always been a dream of mine. The whole thing was surreal. Its just as intense as it seems on TV. It was probably one of the craziest things I’ve ever done. An experience I’ll never forget.”

Grails’ forthcoming debut EP, ‘Still Alive’, is out March 21st. The band will play an album release show at NJ’s GameChanger World on 3/26 (with Poeta).

Grail features members of both Driver Side Impact and Dear Whoever.

Grail (vocalist Stason Bobo, guitarist Mark Woodbridge, drummer Andrew Riccatelli, guitarist Will Wiseheart and bassist Gary Lee Blevins) formed in winter of 2016, spending the majority of that first year developing their blend of melodic, rhythmic and both down and uptempo hardcore influences while tipping their hat to artists such as Comeback Kid, Counterparts, Hopesfall and Stray From The Path.

The carefully constructed album art features the emblem of Grail, the rat, which observes the nature of the modern individual living their life in a continuous rat race, searching for greatness at any expense (art direction provided by Klando and Jesse DeFlorio).

Their debut single “Severed Ties” showcases the polished melodies and aggressive nature of Grail, a perfect blend to a balanced introduction to this diverse debut release.