There’s been quite a bustle and hustle on the heavier side of Alternative & Punk this week. With new releases such as Wage War’s meticulously macerating new album Deadweight, Varials’ brutalizing new album Pain Again + their new “E.D.A” music video, and I, Prevail’s freshly announced headlining tour with Escape The Fate, The Word Alive, and We Came As Romans, it’s all too easy to miss out on the countless other recent eargasm-worthy music that your ears may just be dying to hear.

To sift through these mounds of music, however, would be utterly exhausting to the singular pair of human ears- a painstakingly oversaturation of sonic range(s) that would only inspire a headache of biblical proportions.

Fret not, dear readers: we’ve done the work for you.

We’ve curated a selection of a handful of this week’s new and noteworthy releases from bands and artists that have caught our attention. Who knows, perhaps your new favorite ‘underground’ artist is on this page. 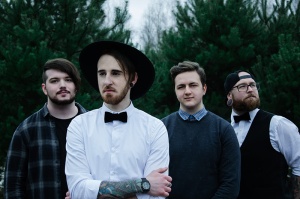 German progressive rockers Time, The Valuator have dropped their new single + music video “The Violent Sound,” a tantalizingly punchy track that features instrumentation much like Tesseract, lyrical depth akin to Hands Like Houses, and a new development in vocalist Phil’s repetoire: tasteful rapping.

“We live in a time in which money is everything,” explains Phil. “It’s worth separating families, manipulating the working class, creating fake enemies, and even killing. People go to war for ideologies not of their own, but of their cowardly leaders. Made up reasons are what people are told to fight for.”

“Recent developments in our world have motivated me to write this song because music helped me survive up to this point and my love for it continues to do so. Although it is a critical song, it symbolizes an outlet for all the frustration of what’s going on.”

New Jersey post-hardcore quartet Counterfeit Culture have released a new music video for their single “Apothecary,” off of their August debut EP Deathwish. The video, which features Ricky Armellino of This Or The Apocalypse, highlights a violently abusive relationship that is nowhere short of tangential to the overarching thematics of the EP.

“This music video is the most meaningful thing of the whole release for all of us. We spent so much time planning out the storyboard, and drove all the way to Lancaster, PA to film part of it,” states guitarist Patrick Robertson. “Of course, having our good friend Ricky Armellino in it makes it that much more special to all of us. We wanted to follow up on our music video for “X,” and put out something that’s just as impactful. Alec and Kiera, the actor and actress in this video did an absolutely amazing job portraying an abusive relationship. This is a culmination of all our hard work, and we hope everyone can get something out of it!” 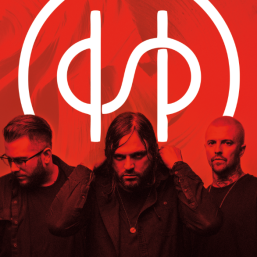 Progressive Metal trio Hundred Suns (a Norma Jean/Every Time I Die side project) have released their hauntingly malevolent debut album The Prestaliis via New Damage Records. Considering that this is the brain child of Cory Brandan (Norma Jean), powerhouse drummer Ryan Leger (ex-Every Time I Die), and principal songwriter/guitarist Chris LeMasters (ex-Dead & Divine) we’re banking on the fact that this is a release that you simply shouldn’t miss out on. Go ahead, take a listen for yourself.

The band also announced a slew of US/CA tour dates in support of the new album, all of which can be found below with their corresponding ticketing information!

Grand Prairie, Alberta debuted their new single (and new full-time vocalist Chris Brown) “A Life Lost,” an explosive and agressive track that is brimming with enough groove and melodic bite to keep the most die-hard of heavy music fans satiated. With instrumentation inspired by the extremity of bands such as Born Of Osiris, Whitechapel, and Soil Work, Devolver’s “A Life Lost” is the perfect way to start throwing deep punches into the walls of your living room.

The band commented on the track, “This new single will be a natural follow-up. It should also further the point that Devolver’s music will always move forward and progress from release-to-release. The experience we want to give fans is one of anticipation, surprise and excitement with each release. We are not one to write the same content over and over, and we want our fans to be aware of that with each release. Our sound will always move forward.”

Hardcore quintet and Revival Recordings artist CONS (formerly Coma Prevail) have released their debut EP Slowhealer, an album that blends an erratic array of punk sensibility with metal technicality and post-hardcore dynamicism into one cohesive flow. The result is a stunningly haunting sonic display of raw talent.  Formerly known as Coma Prevail, the band was assembled by Talley (ex-The Bled) in 2013 and introduced fans to an impressive lineup including ex-Scary Kids Scaring Kids vocalist, Tyson Stevens. However, after Stevens’ tragic passing, the band decided it was only right to close a chapter of their lives and respect the music Stevens had helped create by retiring the name Coma Prevail. With an updated lineup, change in vocal style, and a fresh wave of creative energy, the band opened the new chapter of their musical careers under the moniker, CONS.

Recorded, produced, and mixed by Beau Burchell (Saosin, It Prevails, Emery), Slowhealer captures the angst of a band having gone through the death of their friends and both the regrets and triumphs of growing up disenfranchised in a small desert city.

“We recorded Slowhealer almost 2 years ago and had plans to self release and basically give it away just to get our music out there,” explains Talley. “That being said, we couldn’t be more honored and stoked to release this through Revival. It brings a sense of validation to what we’ve been working so hard on, to have a great label show interest and pick up the reins and give it the proper release that we feel it deserves. Thank you to everyone involved in this with us. We can’t wait to get this out there and get to work.” 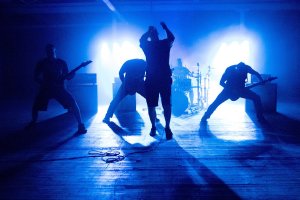 If you’ve been feeling the urge to smash chairs into your walls and roundhouse kick every person you pass on the sidewalk, consider acting on any number of destructive activities to the skin-shredding, bone-snapping terror that is Cranely Gardens. The New Jersey metal quintet just released their sophomore effort House Of Decay, and it’s armed to the teeth with a combination of hair-raising, eerie riffage, dynamic split scream harmonies of a wide range, and impossibly quick footwork. Desperate, demoralizing, and utterly devastating, House Of Decay is a cataclysmic happenstance of pure metal genius.