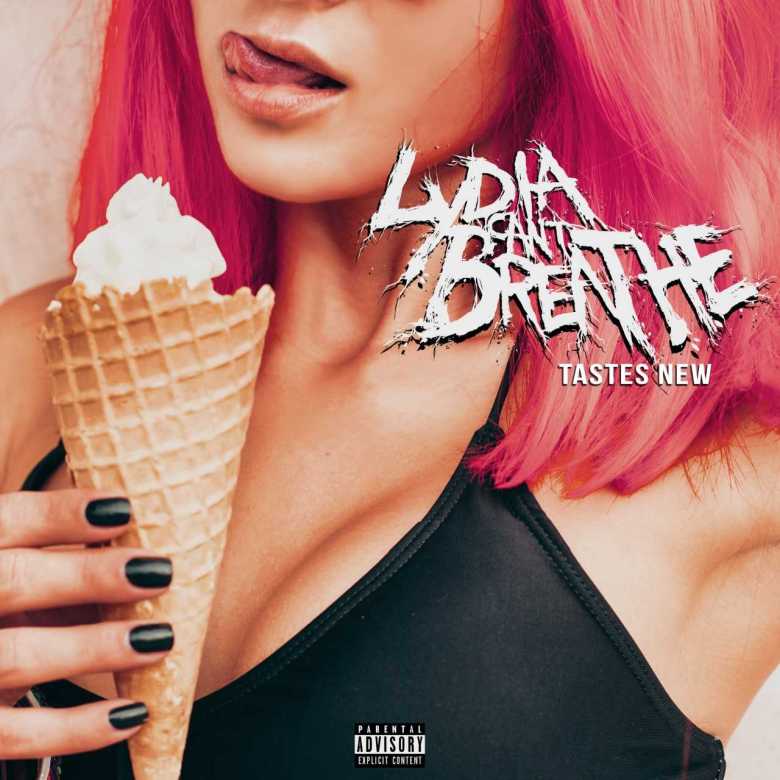 Never have I been more confused in my life than after listening to Tastes New.

Did you ever try a food as a kid and KNOW you hated it, then later when you were 20, you tasted it again and realized it was your new favorite food? To anyone who answers “yes”, maybe this album would be for you—only with less time passing between “hate” and “love”, and with “love” being replaced by “like.”

So now, let’s cut the crap—there’s definitely something about this album that makes it either an acquired/peculiar taste or something that is absolutely not ok to you forever. It’s like deciding between milk first or cereal first when pouring into a bowl. It’s like choosing between Donald Trump or Hillary Clinton. It’s either “get-that-awful -transgression-away-from-me” or “give-me-more-of-that-good-ass-shit.”

I might be a hypocrite, but I think I fall exactly in the middle of these extreme thoughts (yes, after all those hyperbolic comparisons I made), but I think I know why: with peculiar sounds that rely on acquired taste, I would simply need much more time to make a final judgment, and this is just one of those “peculiar-sound” albums. I think that with more time, the album would come out certainly as a love or as a hate. (Given that I started the album on “OH GOD I HATE THIS” and am now ambivalent, things are looking good for Lydia Can’t Breathe.)  I’ll lean for now on the healthiest, fairest option here and say that I have mixed feelings about this album.

Have you ever seen The Good, The Bad, The Ugly? Well, let’s outline that here, starting with the Good:

This is one of the most unique combination of sounds and experimentations I’ve heard in my life. Each song is so deliciously odd—definitely avant-garde incarnate. Nothing in this album is boring or generic; I can confidently say that each song will pique your interest at some point along the way.

My favorite songs on the album include the lyrical portion of “Zebra” at the end, which is melodically beautiful and even emotionally purging. The clean vocals shows a kind of vulnerability that isn’t common in a lot of metal, and I think I like that. I also really found myself drawn to the oddity that was “Tastes New”, whose chorus reminds me of the like of Twitching Tongues, which coincidentally is a band that became an acquired taste for me. Again, this song’s clean vocals held a certain kind of melodic beauty to them—a hopeless, soft, and ethereal breath of fresh air.

The instrumentalists on this album are definitely very talented, and they have to be: each song requires so much experimentation that sticking with any one style is out of the question. The percussionist clearly knows when to punctuate a section of a song effectively with the ride cymbal, or to fall into a barrage of tom drums, or to completely stop. And likewise, the guitarist (and most likely the bassist) knows when to go into a complex riff, resort to djent, or fall completely silent. This all really requires a good ear, so I applaud the instrumentalists.

And now, it’s time for the Bad and the Ugly combined:

The vocalist- God, where to start? While his fellow bandmates are clearly gifted in a variety of ways, it would seem that the vocalist was not born with the propensity to rap captivatingly, scream powerfully, or manipulate his articulation and control his voice. That’s how we end up with mediocre rap, grainy and dotty screams, and the uncomfortable thought that the microphone is getting abused whenever the “FU” in “FUCKER” is emphasized. It’s not fun to listen to right this moment, but maybe it’s a good thing and a part of acquired taste—Dave Mustaine certainly wasn’t expected to be a prime exemplar of “great vocals,” and yet Megadeth sounds so put-together because of those same vocals. Perhaps this, too, would be a matter of acquired taste.

Next on the list of the bad and the ugly: the target audience is utterly confusing. For you smartasses out there, I understand that the target is to get as many people to like the band as possible—no shit. But I can’t tell whether I’m supposed to like the band for rap, or for metal (actually, is it rock?), or lyrical pop. I think it’s metal, but ultimately, the fact that there isn’t any one clear element presiding over the others has me concerned.  Maybe this is a new wave of avant-garde principles in music, but I’m honestly uncomfortable and confused.

And finally, while there were some parts of songs that I loved, I do want to point out the songs I didn’t love.  The last song on the album, “Mother Fxcker”, was an absolute pain for me to sit through.  I couldn’t believe the lack of voice control and the pure teenage angst of the song, which was even more obvious by the title and its corresponding (and repetitive) lyric.  It didn’t help that the song’s content and prepubescent anger played entirely into the Attila-like stylization of the logo name for Lydia Can’t Breathe, but I digress from the quality of the music.

Overall, I can’t say I love or hate this album. I think I hold mixed views on it that may become positive in the future, however. The album is weird.  Interesting. Heck, the album makes me think “who the fuck thought this was a good idea” and then realize the true oddity: that I’m starting to think the album is not “AWFUL” like I originally thought coming in.  Overall, I’m curious to see how the future plays out for Lydia Can’t Breathe and Tastes New. (Ruth Xing)

For Fans Of: mashing elements of Slipknot, Sublime, and System of A Down to make some unholy unity that ultimately seems like a much lesser version of More to Monroe, once you cut the concept of universally-appealing vocals out.