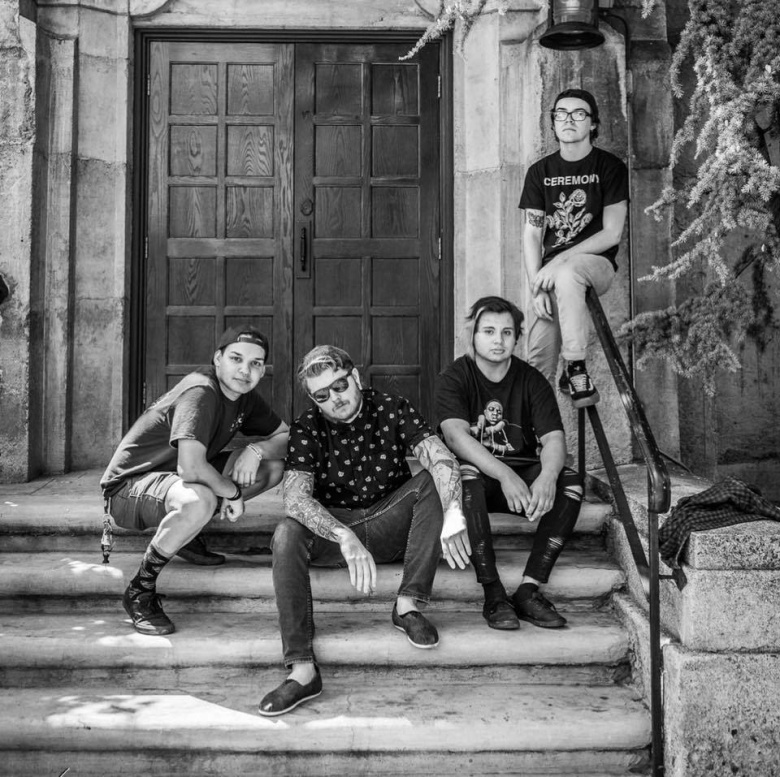 (March 27th, 2018) – Nevada-based beatdown/downtempo hardcore outfit Convulsions are bringing their raw, callous, and broodingly bloodthirsty performance from the stage and directly to your screens in their new live (and first ever) music video for their single “Culture Shock.” The single is the title track of the melancholic outfit’s debut EP, released last year on Imminence Records. The video can be viewed at the linked image below.

“We’re very proud to release this music video that we had a lot of fun filming and hanging out with some of our closest friends,” says guitarist Jimmy Cooper. “It’s just so surreal to have a music video for one of our songs considering it’s our first video not only as a band but to all of us personally. We’d like to thank Derek Palmer for making and filming the video and all around just being a cool dude and thanks to all of our friends for being apart of our journey and supporting us.“

The music video, which premiered via the official Imminence Records Facebook page, features 3 minutes and 36 seconds worth of intense crowdkilling, spinkicking, and unfathamobaly defeaning shouting along to the band’s signature ferocity. Punches fly exponentially, increasingly steadfast with every roaring breakdown and vicious growl uttered- all in all making for an unforgettably relentless experience in slam-worthy, untamed musical anguish.

…We had a lot of fun filming and hanging out with some of our closest friends.”

Convulsions is reportedly currently working on a follow up to their 2017 debut, with more details to come as time passes on.

You don’t create filthy raw music. You are born into it, molded by it just like the five members of Reno, NV’s Convulsions. While the band was recently formed, the members have brought forth the heaviest, darkest, noisiest, and rawest downtempo the music world has experienced yet. While only being a full band since October 2016, the band already has a full EP produced by KING drummer Cameron Marygold and a label home in the form of Imminence Records. Their label debut was released in the Spring of 2017 with influences rangin