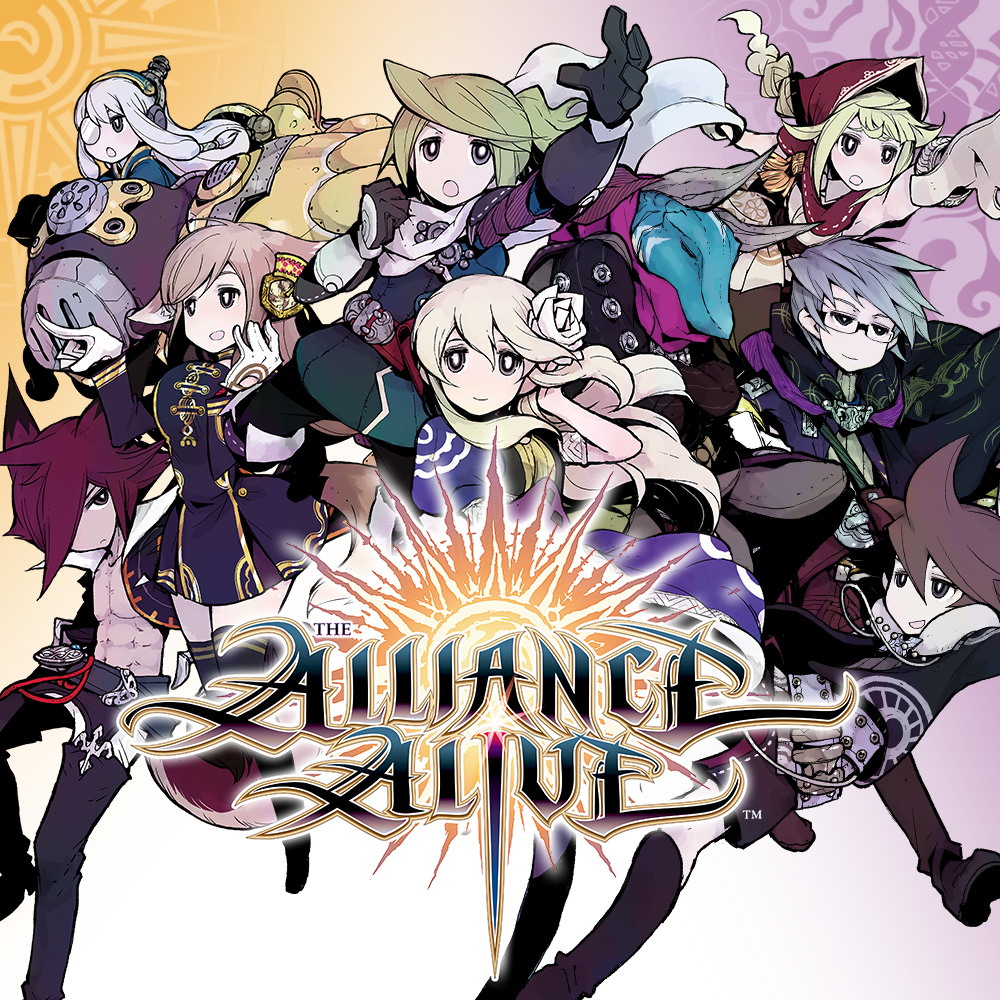 Do you have a “ride or die?” Someone that you will do anything for and/or they would do anything for you, or rather die? That is the tightest of bonds, of alliances even. That very concept of alliances is at the heart of The Alliance Alive, a JRPG that was developed for the 3DS by Cattle Call with assistance from Grezzo and FuRyu. The game was originally published in Japan by FuRyu in June of last year, before being released late last month in the West through Atlus USA. While FuRyu has released a ton of games in Japan, this is only the fifth game to head to North America and the second from Cattle Call. Cattle Call’s first game was another JRPG in the form of The Legend Of Legacy. I have not previously played that game, but (through research) it seems that there was criticism on its story- or I should say, the lack thereof. Cattle Call set out to better balance classic role-playing gameplay with the story. So, with that information in hand, it is time to see if they succeeded.

It does not take long at all to realize that this will be a very story-laden game with a cutscreen that lays down some of the backstory of the world while also instantly engaging the player and dragging them into the universe that was created by Masataka Matsuura and Yoshitaka Murayama. This fantasy world has three distinct races; the Daemons who took over the world a thousand years ago after the conclusion of the Great Daemon-Human War, Beastfolk who serve the Daemons, and Humans who are subjugated under Daemon rule. As the game unfolds, the story progresses at a decently steady rate, but, sadly, hits predictable beats. This causes reveals that may have been meant to be shocking or garner a bigger reaction to fall flat. It also ends up having the player wish there was not so much dialogue so they can get back to the gameplay. Do not twist my words though, it is an engrossing and fantastic story that just needed some discretion and an unpredictable twist or two.

With that said, the story is very dense and I would hazard a guess that Cattle Call overcorrected after the feedback from their last game. Even so, not all playable characters get the same amount of love and character progression as others in this story-heavy game. In my initial playthrough, I had the advertised nine “main” characters plus one additional recruit out of three. I will not spoil who is recruitable, but I will say that my additional recruit only gave minor glimpses into his motivation and did not have much character progression. While this is a minor issue, it is also one that could have been fixed through the addition of optional sidequests if the player wanted to flesh out those characters more. I will say that the writers should have given some of the backstory to the NPCs you are able to talk to so the game does not feel like a slog near the middle of the game.

The other disappointing aspect of the character progression is that the game mostly revolves around what happens during your initial time with the first introduced characters of Ursula and Galil, yet they are two of the least progressed characters at the end. Therefore, I put quotations around the word ‘main’ previously. While it is advertised that the nine characters you meet and get to explore their backstories and motivations throughout the game, I truly consider only Ursula, Galil, Viviana, Ignace, and Iggy the main characters. The rest are secondary and to an extent could have been NPCs playing similar roles to what they end up doing. I will however state that the writers did a fantastic job on Ignace’s character progression and I love the fact that it is implied he probably had sex with Rachel.

Now on to the actual gameplay, since the desire is to create a classic JRPG the player will find turn-based combat. However, there is the added wrinkle that combat does not reward XP. The player will instead find that random party members will receive HP and SP boosts. What is consistently given out after each battle is Talent Points and money. My issue here is that not nearly enough Talent Points are given out considering how many are needed for the skills that can be unlocked. This forces the player into grinding and actively seeking out optional bosses to be able to unlock what they desire, and even then they may not even be able to unlock everything without New Game Plus. I will say that I loved the fact that you gain more powerful attacks the more you use a weapon class with a character. This allows for unique character builds while also leading to a deeper combat system when paired with the ability to pick a party formation that favors your playstyle.

There are a few quality of life issues that will annoy the player to no end. There are two big glaring issues that are about equal, but the one I think is the biggest offender is the fact the game does not tell the player how to move the camera. It took me longer than I care to admit figuring out that the camera was even moveable. The game does not indicate that it is, nor does it include an instructions section in any of the menus. Add in the fact that there is no waypoint on the map, and this means you must pay attention and remember key conversations. If the player is not playing continuously or does not get to where they need to be before ending their play session, this can end up being problematic and lead to needless wandering. It is an omission that boggles the mind, really. The last quality of life issue is the fact the player seemingly can not exit out to the main menu from general gameplay. The only time I saw an option to get to the main menu was when the entire party died, and the game asked if I wanted to retry the battle or quit the game. I have never understood taking away player choices in instances like this.

The Alliance Alive is difficult to rate as there is a lot to like, but there is also a lot that can take away from the player’s enjoyment. Ultimately, in a story-driven game, I must give more basis to the story for my final verdict. Therefore, while the story slogs on in the middle chapters and the beats are predictable, it is an absolutely fantastic story that any RPG (Japanese or not) fan will greatly enjoy. While there are major quality of life issues and the game can become grindy, most of it can be forgiven. The most disappointing revelation about The Alliance Alive is the fact that it was released in the West so late in the 3DS lifespan and after the Nintendo Switch was released. This may lead to a lot of gamers never getting to experience the game. (Ryan Williford)