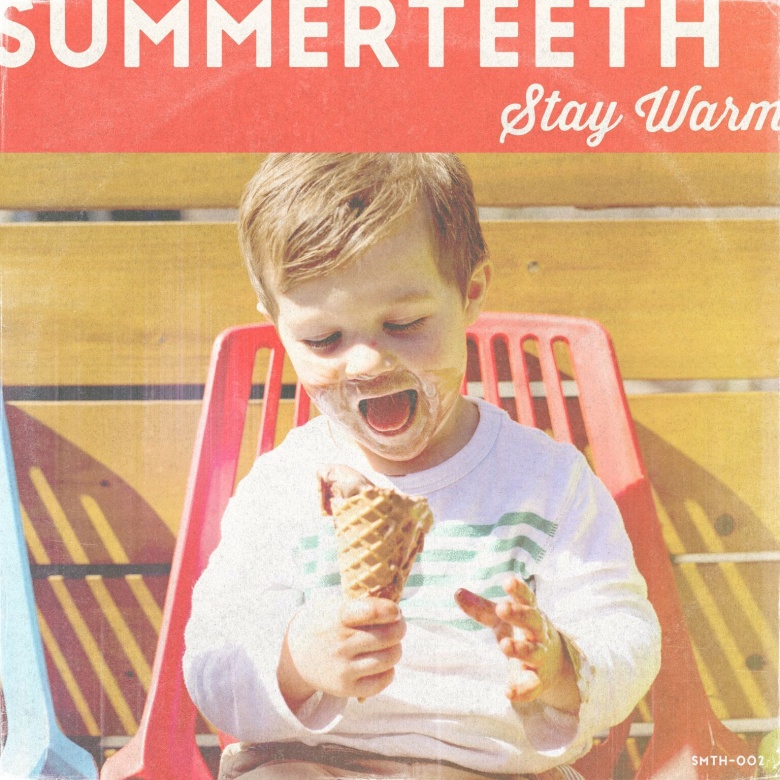 Walt Disney once said, “I always like to look on the optimistic side of life, but I am realistic enough to know that life is a complex matter.” Simply, to put blind faith and trust into unadulterated and overzealous optimism is to venerate and generate burnout at a rapid cycle. Overt and contrived sunny attitudes can mask the complex systems of life and human existence, thereby degrading us just as quickly as festering in our own self-loathing and pity would do. The trick is to accept that life’s complications take various forms and, though difficult, they are not insurmountable- it takes a driven mind and an upbeat approach to best navigate the world. It is a worthy example to live by and one that Toronto, Ontario trio Summerteeth has set a course for in their new single “Stay Warm.”

Previously, Summerteeth was heralded for their contemporary emo approach- sad, twinkly vibes that narrated horrors and trials of relationships prior and the like that permeates through much of the pop-punk/emo alternative scene. Their 2015 debut Hope This Helps is exemplary of such a saddened approach, justifying itself on pessimistic poetry laden with dark undertones. 1 year has passed since their debut and the trio has undertaken a marked change- a directional redevelopment, with an air of positivity abounding in resonant, cheery power chords and airy melodic riffs that carry a shining, warm embrace. This isn’t to say that Summerteeth has become the hyper-optimist that Walt Disney warned about. The band’s penchant for crestfallen lyricism has met a pragmatic compromise with boastful joviality as the band grits their teeth and flashes a toothy smile at the hardships to come.

I recently had the immense pleasure of sitting down with frontman Johnny McMahon to talk about the videography of “Stay Warm,” the band’s new direction, and the playful attitudes that help inspire Summerteeth’s summer season. Enjoy!

Summerteeth: We’re doing really good, thanks! Just rehearsing and getting ready for tour in a few weeks! How are you?

OTH!: I’m doing well, thanks! First off, congratulations on your premiere of your new single/video “Stay Warm” on New Noise Magazine! They’re all good people over there doing great things- as are you fellas! I’m curious as to the video content- “Stay Warm” isn’t the happiest of songs, yet the video direction takes one of hyper-positivity. Why take such a videographic direction?

Summerteeth: Thanks so much! New Noise premiered our first video last year as well and we’re really glad they agreed to have us back.

We had done two videos for songs off our previous EP which had a much more serious look and tone to them. We still really love those videos but we were itching for a new direction this time around! I think the vibe for this new EP is a lot more summery so we wanted a video to showcase that a little bit. And I personally hate winter so it was nice to pack all of the fun into one day!

OTH!: At any rate, this looked like an unbelievably fun music video to shoot. I love all the background focus on your bandmates getting into all sorts of ridiculous antics! What was your favorite moment in filming?

Summerteeth: Hahaha yeah! It was our first time getting to do something like that. Miguel had a lot of activities he wanted us to do, but we weren’t very good at any of them. No one in the band even knows how to skateboard that well. We’re posers, for sure.

My favourite moment was probably down at the beach in the middle of the day. We thought we had the whole place to ourselves, but when we began shooting, this couple waded into the water behind us and right into Lake Ontario while wearing all their clothes. They were so far away that I don’t think they knew they were being filmed, but they stayed out there for a WHILE. Even after we were gone.

OTH!: You worked with Miguel Barbosa of Yeahfilms on this video. What was it like working with the same artist who directed Mayday Parade’s “Piece of Your Heart” in addition to a slew of video productions for Seaway? How did you all come into contact with him?

Summerteeth: I’ve known some of the Seaway guys for a long time, so I’ve always been familiar with Miguel and his work. When Adam, Simon, and I agreed on the kind of video we wanted to do, I reached out to Miguel and he was onboard right away. From there, we just let him take the reins and let him be the pro that he is.

OTH!: Which reminds me- was the cameo of Seaway’s “Fuck Seaway” merch design a little tongue-in-cheek play on yours and Miguel’s part?

Summerteeth: Adam, who plays bass in Seaway, and I are pretty good friends and he actually lives with me when he’s not on tour. He gave me the “Fuck Seaway” shirt a few years ago when they were on Warped Tour, but it didn’t fit me. I actually had it in a pile of clothes I was ready to donate until I threw it in my bag on the way out the door to shoot the video. Obviously once Miguel saw it, he told me I had to wear it. It was still pretty tight on me…

I’ve always really loved the poppier side of rock music. But at the same time, my favourite subjects and lyrics are always on the sadder side… It’s most rewarding for me to write music like that.”

OTH!: I’d like to turn focus back onto your music. Particularly, this renewed sense of optimism that you’re putting forth. “Stay Warm” is such a juxtaposition to anything from your 2017 release Hope This Helps. Where Hope This Helps had this emo-drenched, significantly darker undertone that pivots around saddened themes, “Stay Warm” reflects a sunnier disposition. As I recall, this is an undertaking that you’ve established for your upcoming release Sweet Nothing. What events prompted you guys to take a more pop-driven edge to your brand of pop-punk; what prompted the upbeat demeanor for your sophomore release?

Summerteeth: Yeah, you’re totally right! We just all kind of talked about what we wanted to do going forward and what we would have the most fun playing. Some of my favourite bands of all time have that capability to write poppier songs or more emotive songs and never really pigeonhole themselves into anything. Also, Hope This Helps was all written about a specific breakup that I had and I promised the band “no more breakup songs on the next one”.

OTH!: Furthermore, can you give me any background on the writing of this EP? Will listeners and fans pick up any remnants of the twinkly melodic lines that percolated Hope This Helps, or is “Stay Warm” the new launchpoint of more dynamic and jovial musicianship? Are you putting the summery vibes into ‘Summerteeth?’

Summerteeth: In general, I’ve always really loved the poppier side of rock music. But at the same time, my favourite subjects and lyrics are always on the sadder side. That’s just what I like to do and it’s the most rewarding for me to write music like that. I love good choruses, melodies, catchy parts, etc, but I still get to sing about whatever is on my mind.

OTH!: You’ll soon embark on an 8-day tour with Dear Youth in support of your release. Will we see you guys tour more of Canada throughout this year? Maybe hit some U.S. dates, too?

Summerteeth: That’s the plan! We obviously want to break into new markets and establish ourselves close to home at the same time. We’re lucky to get these dates with Dear Youth because their a great band who we could all see blowing up very soon. I’ll have to renew my passport if we want to go to the states, though.

OTH!: Well, I wish you all the best on your album release in first week sales and audience reception- it sounds like you guys have worked unbelievably hard to redirect and cement yourselves. Unfortunately, that’s all the time I have for you today. Before I let you go, is there anything else that you’d like to add?

Summerteeth: Thanks so much for having me! We really appreciate anyone who takes a few minutes to watch the video or listen to our music – it really means a lot to us. 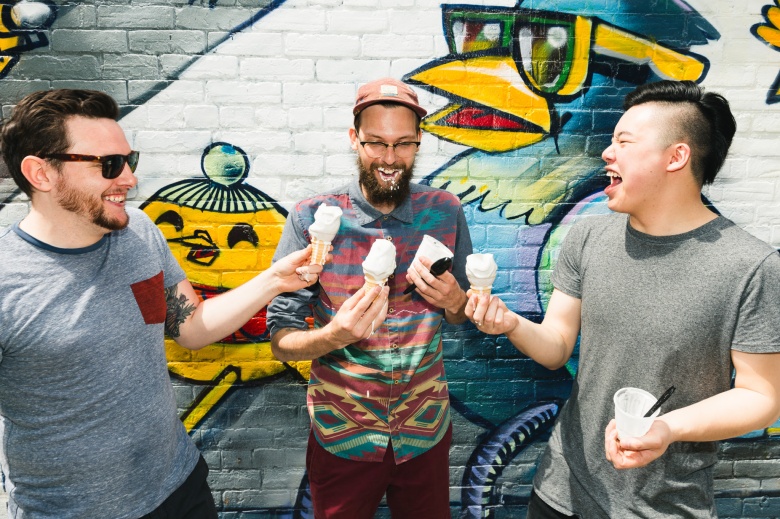