Throughout the course of human history, our species has had a deeply entrenched love affair with the concept of music and- in particular- human musicality. Famous figures both past and present have expressed their admonishment with the art form, some citing music as “a moral law [that] gives soul to the universe…” (Plato) or as “[a] refuge” (Maya Angelou). While verbose profundity abounds in the realm of music appreciation, perhaps the late poet John O’Donohue expressed it best when he once famously stated,

“The Human soul is hungry for beauty; we seek it everywhere- in landscape, art, music… and in ourselves. When we experience the beautiful, there is a sense of homecoming.”

Frequently, we as consumers and/or listeners offer praise and accolades for the soundscapes that we assign as the soundtrack(s) to our lives. We hold in reverence the beats, the melodies, and the words that artists express as they pour out the passages of their lives and experiences in a relatable and digestible format. It is a truly individualistic phenomenal experience- the album that makes one person elated may move the next to tears; we can juxtapose and relate across the platform of someone else’s music to find deep comfort or soaring inspiration. We can even permanently assign these specific meanings to memories- available recollection at the touch of a fingertip.

This exclusively inclusive phenomenon poses a deeper question: What, then, does each artist draw from? What has continually inspired each creative to continue to create? What has made them as a person and what has stimulated their career across time?

While you ponder these questions, I would like to turn you attention to an emerging artist that I have grown fond of: an emo rapper by the name of Corey Loveless. His moniker suggests yet another incarnation of a sad, young, white male delivering aloofness in abundance via emotive declarations of 21st Century romanticism and trauam…. but it would be a mistake to dismiss him as such. Indeed, Loveless is aware of his branding ( @thatlovelesskid is proudly emblazoned as his social media URLS), but his lyrical style is far from the unrelatable circumstances of ’emo rap’ trappings that we have come to associate with the genre’s jargon.  Hailing from central New York, Loveless has a penchant for self-expression that is as poignant as it is accessible. His craftsmanship outshines his ostensible sandness, opting for honest word play delivered with a sharp bite. His flow can be characerized by equal parts wit and dynamicism, offering a carefully crafted amalgam of ‘spill-your-guts’ emo mentality while taking cues from hip-hop’s poetic hustle. Where his peers are taciturn in depth, Loveless flourishes- marking his name as one that should not be associated with loneliness- rather, his work ought to be adored.

It is a curiosity as to what continually inspires someone of Corey Loveless’ make and model- especially one with such an enriched and young career. Therefore, we chose to investigate. Laid before your eyes are the 5 albums that Corey Loveless has selected as the ones that have made the largest impact on his budding rap career thus far.

Kendrick Lamar – To Pimp A Butterfly 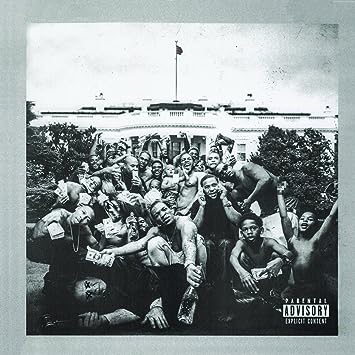 Kendrick has always been a huge inspiration to me but I’d say this album changed the way I look at album structure, aesthetic, song writing, and instrumentation. Kedrick cleverly put together a piece that sets out multiple themes that are all tied together throughtout the album telling a story of his life, struggles and his issues with the current racial climate in america. This album was genius; I strive to create something even close to it.

Earl Sweatshirt- I Don’t Like Shit, I Don’t Go Outside

This album’s dark aesthetic, personal lyrics, and strong emphasis on rhymescheme and word play inspired me so heavily when I first heard it. It seemed that Earl had mastered a sound that I wanted to create at the time- and I loved him for it. Some may consider this album one of Tyler’s worst (I agree, to an extent), but Tyler inspired me so much with this record. I wanted to include his honesty, his abrasiveness and ‘I don’t give a shit’ attitude into my music. I loved the edgy, insane, and sarcastic vibe [that] Tyler brought to his record, as well as the expirimental instrumentation.

Kid Cudi- Man On the Moon: The End of Day

This album came at a time where it wasnt quite as acceptable in hip-hop to be as moody, or express emotion in an open way. Man On the Moon; The End of Day showed me that I could do that and be successful with it. I still listen to this album regularly.

This album is probably regarded as Madlib and MF Doom’s magnus opus; this album has inspired me probably most out of anything else on this list. MF Doom’s clever word play and cold lyrical delivery has always blown me away. His lyrical ability is something [that] I strive for.

Check Out Corey Loveless
on Soundcloud

Corey Loveless grew up as a son of a military family and spent most of his life moving from place to place. In doing so, he spent alot of time with his father’s record collection and became obsessed with music. Starting in sixth grade, he learned about and obsessed over the creation of and writing advertisement alongside the music business. After gathering a small group of artists and performers, he decided in 2017 to put his full effort into music and since then it’s been history, with 2018 seeing him sign to the diverse roster of Imminence Records.