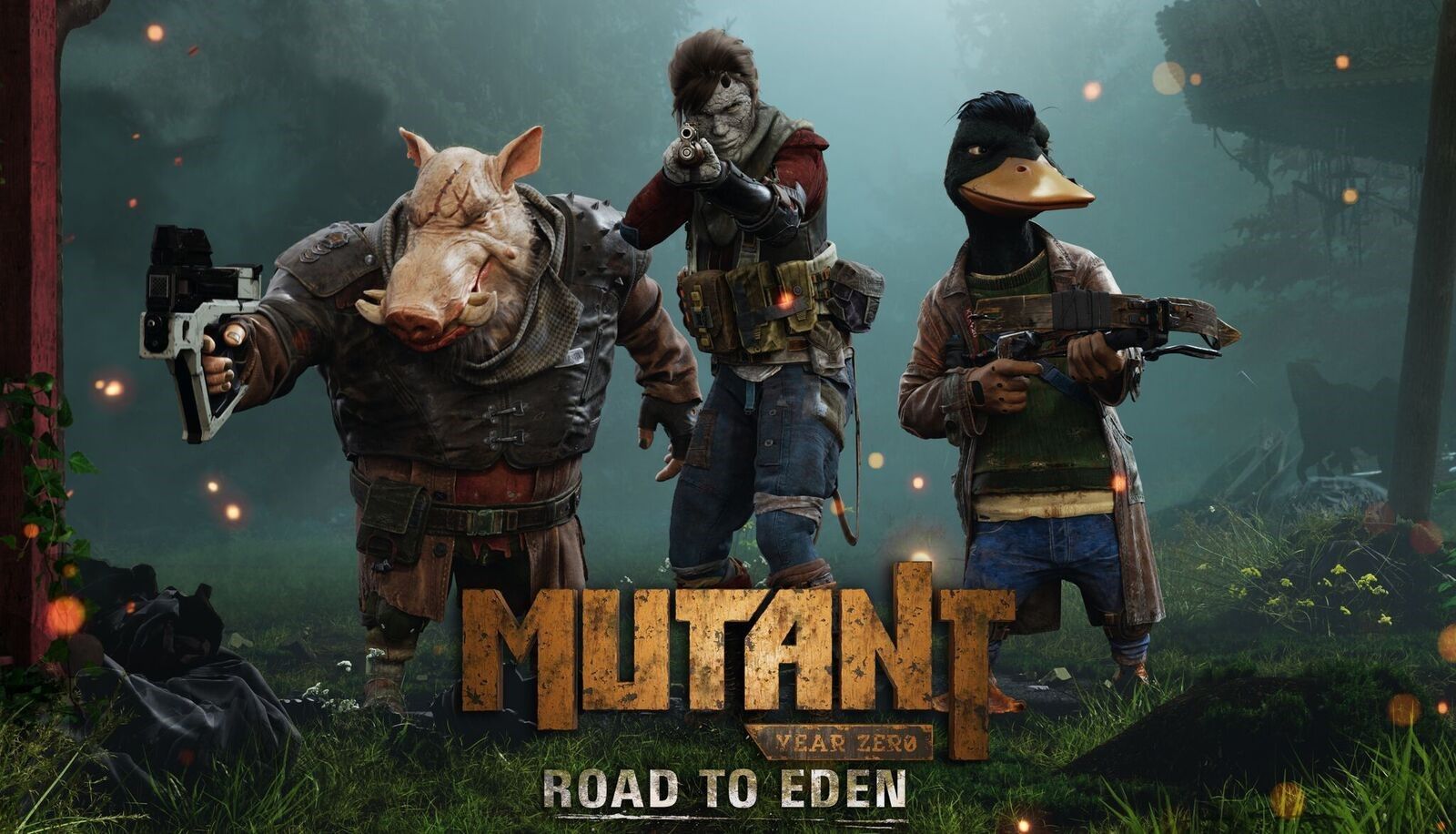 Mutant Year Zero: Road To Eden is a tactical turn based adventure game that takes place in a dark post-apocalyptic world after the outbreak of a deadly plague and nuclear war. The only survivors of this world have been mutated by the radiation into Mutants that are pressed for resources and living in the Ark, which is a safe haven for Mutants made from old world machines. The story follows two Mutants, known as Stalkers, named Dux and Bormin. The Dux and Bormin characters are full of life; Dux being the classic hothead filled with ‘duck’ puns while Bormin is the older, more experienced veteran type. Mutant Year Zero: Road To Eden has combat very similar to XCOM and Mario + Rabbids Kingdom Battle but has a few elements that gives the playstyle a very different feel and depth.

The game has three difficulties; Normal, Hard and Expert. Each difficulty past normal removes something useful which makes these difficulties extremely hard as the game goes on. The player’s first mission is to return to the Ark after collecting resources from the Zone, a wasteland filled with ghouls and relics from the old world. This is where the tutorial draws the player in as they show them what makes the game unique from other tactical turn based games. Players are given full control over their characters to explore the map, scout out enemies, and to even pick off enemies as they stray from a group. Once the player starts combat, they are taken out of the real time exploration and thrown into the tactical turn based combat system until the battle is over.

The biggest difference between Mutant Year Zero: Road To Eden and other tactical turn based games is the overworld movement and exploration. The exploration in the game is very rewarding as the player begins by finding weapon scraps to upgrade weapons. As players progress further, they start to find more scrap, weapon crates, and artifacts left over from the old world- like a boombox – that can be used as a special currency at the Ark. This was by far my favorite new feature introduced to the genre. Instead of going back to a base after every fight you are able to continue on your journey which gives it much more of an RPG feel.

Stealth is another key element in this game that sets it apart from the others. Rushing into a fight will always leave the player at a disadvantage and sometimes near impossible without scouting and picking off enemies. This was something that took getting used to coming from the other games. I tried rushing through a level and would learn that there were four more enemies hiding in the shadows waiting to jump me. All of these elements are tied together so well within the grim and dark atmosphere of the Zone. They immerse you even further with eerier noises and faint voices from the enemies in the distance. The characters are just as gruesome as the environment but due to the light and playful writing of the Stalkers they come off as more warm and loving.

Each character can be equipped with silenced weapons that will not alert the enemies of shots. This requires tactical character positions and timing in order to not pull a whole group of enemies toward the characters due to alerting them with shots. Once the tutorial is completed, they player find themselves at the Ark where they can spend the scraps they found and their currency to upgrade the weapons and/or buy new upgrades for their character. On top of that, each character has a unique skill tree that is upgraded each time they level. These upgrades provide additional stats, new skills or improvements to current skills. This allows for diverse character, and further team, building to the player’s liking. Certain characters are better suited for the front line and others for stealth, so it is important to gear each accordingly.

Mutant Year Zero: Road To Eden was definitely a blast, especially if the player is a fan of tactical adventure games. It has everything you want from a tactical adventure game with additional stealth and RPG elements having a heavy impact on the gameplay and shaping it into something that feels completely different. The dark atmosphere of the Zone and the mutants help puts the player right into the middle of their world and gives you a feeling of exploration as you continue to uncover old world artifacts and story. At $35 (USD) it is a reasonable price for the amount of content especially if compared to a $60 (USD) XCOM or Mario + Rabbids Kingdom Battle. (Ras Daniel; Gaming Staff Writer)