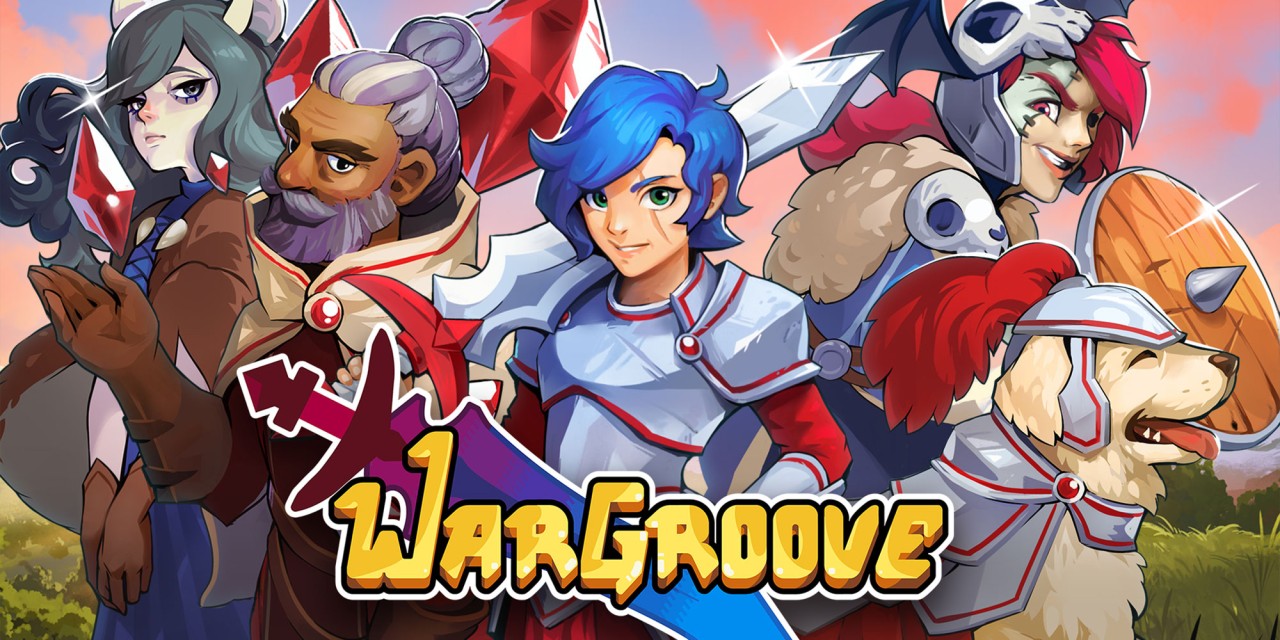 Every few months, I find myself craving a Tactical RPG. Now, I know a lot of us are eagerly anticipating Fire Emblem: Three Houses, but until then we have Wargroove to hold us over. From Chucklefish, the developer of 2016’s Starbound, comes a new tactical adventure in the vein of Advance Wars. Since there hasn’t been a new Wars game since 2008, it’s refreshing to see an up-and-coming game developer trying to revive such a beloved series. Is Wargroove the spiritual successor that we’ve all been waiting for? Read on to find out!

Wargroove begins in the kingdom of Cherrystone in the land of Aurania. The neighboring kingdom of Felheim has invaded and the first mission sees their top commander assassinating King Mercival of Cherrystone. Mercival’s daughter, Mercia, is forced to flee her land in order to keep her people safe from the impending invasion by Felheim. The new queen is joined by Emeric, a cunning strategist and her top advisor, and Caesar, her faithful dog and a capable commander in his own right. Mercia decides to seek aid from the nation of Heavensong, a longtime ally of her country and enemy to Felheim. But the road to Heavensong is long and dangerous. Throughout their journey, Mercia and her allies will have to cross dense woods, vast deserts, snowy mountains, and even the open sea. With enemies at every turn, the young queen soon realizes that there is more to the story than just the invasion of her homeland.

As soon as the game starts, the main characters of Wargroove are seen showing off their battle prowess in a vibrant opening cinematic. From there, players have a multitude of gameplay options, including both single player and multiplayer. In single player, the main story can either be experienced in full through campaign mode or in a simplified and much shorter arcade mode. “Campaign” features plenty of story-telling and several side missions to grant players the full experience. On the other hand, “Arcade” is a quick series of back-to-back battles that just give a general feel for the story. Lastly, a puzzle mode is offered in single player which provides 25 different missions that present difficult premade scenarios for players to complete in a single turn. The amount of content available for solo play alone is enough to justify spending hours in the world of Aurania.

While there is plenty of content for one person to enjoy on their own, Wargroove has an amazing multiplayer. This mode presents local play for up to four people as well as the option to play online against people from all over the world. The game comes with several premade maps with various scenarios for players to choose from and also features a custom editor, allowing players to create their own maps and share them online. To top it all off, Wargroove features asynchronous matches during online play. What this means is: The game saves everything on the map after each player takes his or her turn. Players can take their turn and literally come back to the game on another day to continue their match. Not only does this feature allow freedom from having to wait for an opponent’s turn, but it also allows players to participate in multiple matches simultaneously. Because of the custom map editor and asynchronous online play, Wargroove’s multiplayer adds countless hours of fun to the already extensive solo campaign.

As stated earlier, this game is a Tactical RPG. Battles are fought in an alternating-turn fashion, where one player moves all of his or her units and then the opponent moves all of their own units and both armies alternate until one side emerges victorious. There is a wide variety of units for players to command, including foot soldiers, cavalry, archers, mages, and even dogs. In more advanced maps, players can take control of the skies by recruiting dragons, harpies, and flying mages. To round out the terrain-based combat, maps that have a lot of water typically allow for the recruitment of nautical units such as ships, merfolk, and giant turtles. Additionally, players will always have at least one commander on the battlefield to complete their army. Commanders are unique units who participate in the main story of the game and are much stronger than standard units. Each one has its own unique “Groove” ability, which charges as the commander attacks enemies. “Grooves” are typically devastating attacks that can turn the tide of battle, although some commanders use theirs to recruit extra units or heal a large group of allies. Units on the battlefield can only move a certain number of spaces and perform a single attack per turn. Each type of troop is strong against some units while being weak against others and they all have certain conditions to allow for critical strikes. Taking advantage of an opponent’s weaknesses is the key to victory in Wargroove.

In addition to managing troop placement, players also have to manage their economy. Gold, which is used to recruit new units and heal injured soldiers, is generated at the beginning of every turn. Players can earn more gold every turn by capturing houses on the map. If an opponent has control of a structure, the building has to be attacked until it runs out of hit points and then another player can take control of it. This tactic also applies to barracks, towers, and ports, which are all used to recruit new land, air, and sea units, respectively. Each unit-production building can only be used once per turn, so capturing as many structures as possible is crucial to beating one’s opponent. Lastly, some maps feature a stronghold building for both armies. This building doesn’t provide resources or new troops, but if it falls to the enemy, the enemy wins. The only ways to win a battle in this game are to either take down the enemy stronghold or defeat any one of their commanders. Because of the simple economy and diverse cast of troops, careful resource management is critical to being successful in any game mode.

I’m not going to lie: parts of this game were difficult to the point of frustration. Don’t get me wrong, I welcomed the challenge with open arms, despite having to walk away from my computer for a few minutes. Some missions in the campaign mode took me three or four attempts to complete. By default, the game is set to the hardest difficulty because that is the developers’ intended setting. However, the option to change the difficulty is available between each story mission, which allows for the adjustment of damage received, income earned, and “Groove” charge rate. Despite the occasional temptation to make the game easier, I chose to beat the campaign using the default setting and have logged over 45 hours on the game. With a gripping story that has high replay value, custom maps with asynchronous multiplayer, and a charming cast of characters, Wargroove has plenty of content to keep both casual and hardcore fans of the Tactical RPG genre engaged for hours on end. (Justin Singh, Deputy Gaming Editor)