(September 20th, 2016) – Brisbane indie-rockers Hey Geronimo have released a new music video for their single “Bake A Cake,” off of their 2016 debut Crashing Into the Sun. Parallel to this release, the band has also announced the “Bake A Cake Tour,” which kicks off on September 24th at the Surry Hills Festival in Sydney. Tickets can be found here! 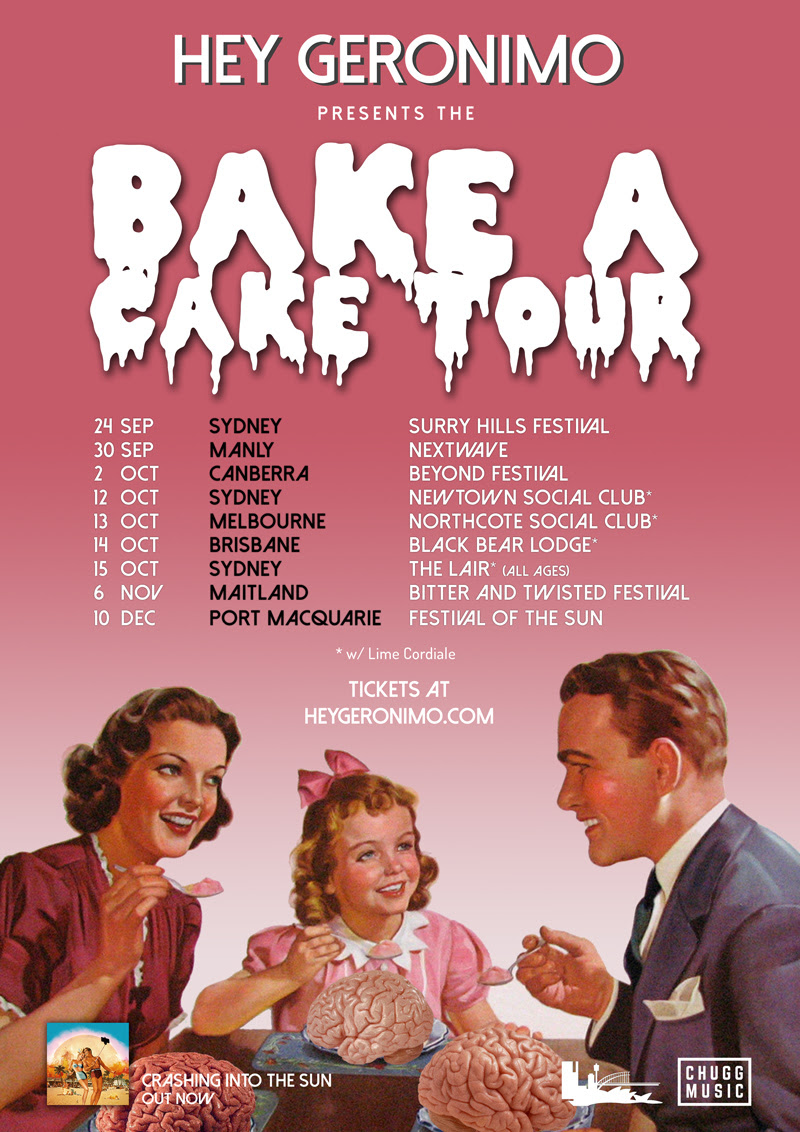 Hey Geronimo (formerly known as Hey Ho Geronimo) (but do even they remember that?) began as a conglomeration mashed-up from the carcasses of Brisbane, Australia’s indie-pop bands Blame Ringo, The Boat People and Montpelier, before the members spread between Brisbane and Sydney and they welcomed synth wizard Pluto Jonze into their midst.

In 2011, they created an iPhone-inspired music video to their warped-indie-rock song Why Don’t We Do Something? that gained some notoriety for the band. They have continued to release humorous, nay witty-tacular, videos for their songs, as their ode to TISM in their clip “Boredom” attests. Oh-ho. Those wacky zany guys.

Having released two well-received EPs (Hey Geronimo & Erring on the Side of Awesome), the band released their debut album Crashing Into The Sun in 2016.