(February 13th, 2017) – Fire From The Gods will be kicking off The New Reign Tour starting on Friday of this week, alongside Born Of Siris, Volumes, Oceans Ate Alaska, and Within The Ruins.

Fire From The Gods is touring in support of their latest album Narrative, which was released last year through Rise Records, and is available for purchase physically and digitally.

“We are beyond excited to hit the road with this package. This is probably the most diverse tour we’ve been on but despite the diversity I believe every band fits this bill perfectly. Congrats to Born Of Osiris for their 10 year anniversary of the New Reign. A groundbreaking record that started a musical revolution. Can’t wait to get started.” 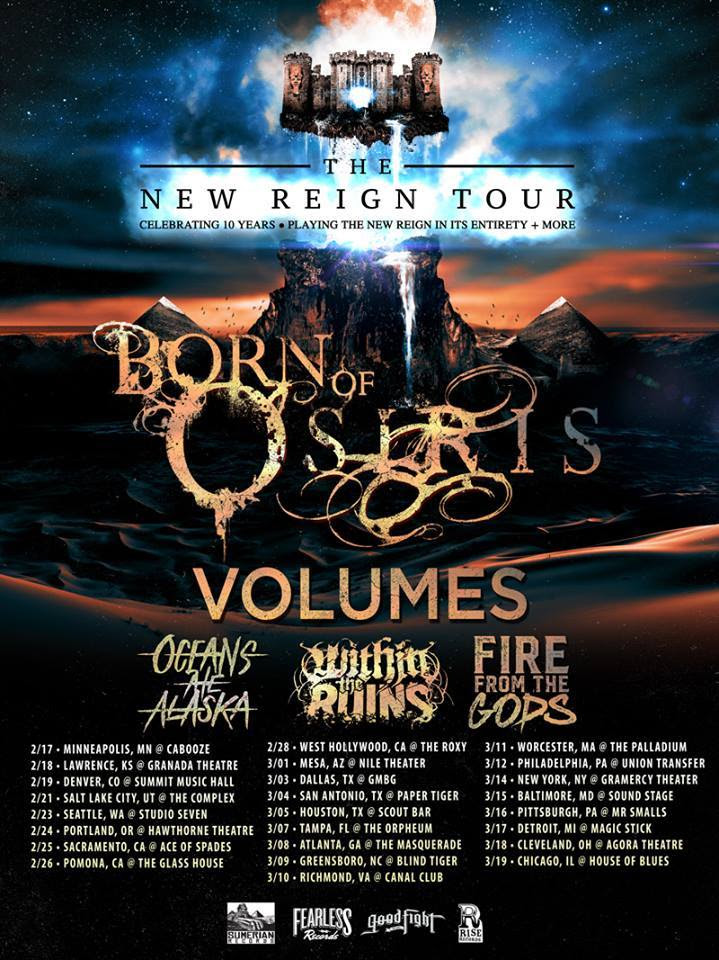 About Fire From the Gods

That’s what Fire From The Gods deliver on their Rise Records debut, Narrative.

Speaking from a platform cast in heavy metal power, hip-hop consciousness, and even a little reggae spirit, the Austin, TX quintet—AJ Channer [vocals], Jameson Teat [guitar], Drew Walker [guitar], Bonner Baker [bass], and Richard Wicander [drums]—urge for change through conveying a story that’s both personal and universal.That story stems directly from AJ’s life. Born in the Bronx to a single mother of Jamaican descent, he spent his childhood moving between London, New York City, Los Angeles, Norfolk, and even Ghana where he attended middle school. Drawing from this diverse experience, he speaks with unmitigated honesty about the state of the world.

Connect with Fire From The Gods